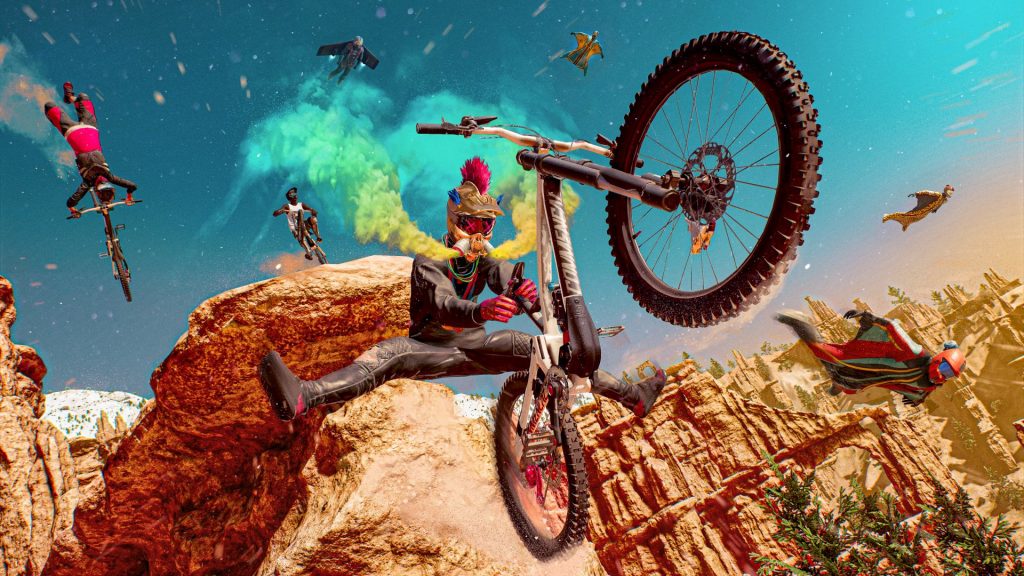 Ubisoft Annecy’s extreme sports title Riders Republic is now available. It initially had a free limited-time trial from October 21st to 27th but now the full game is out for PS4, PS5, PC, Xbox Series X/S, Xbox One and Google Stadia. Check out the launch trailer below to see it in action.

Set in a large open world composed of multiple American National parks like Mammoth Mountain, Bryce Canyon and so on, players can partake in a number of different sports. Snowboarding, wingsuiting and biking are some of the activities available with each having a separate career path. The main appeal is multiplayer though with co-op exploration, 6v6 modes and Mass Races where over 50 players can participate.

This is only just the beginning though as Riders Republic will have seasonal content drops with live events, new cosmetics and BMX, a new sport with its own career path. Stay tuned for more details on updates in the coming months.