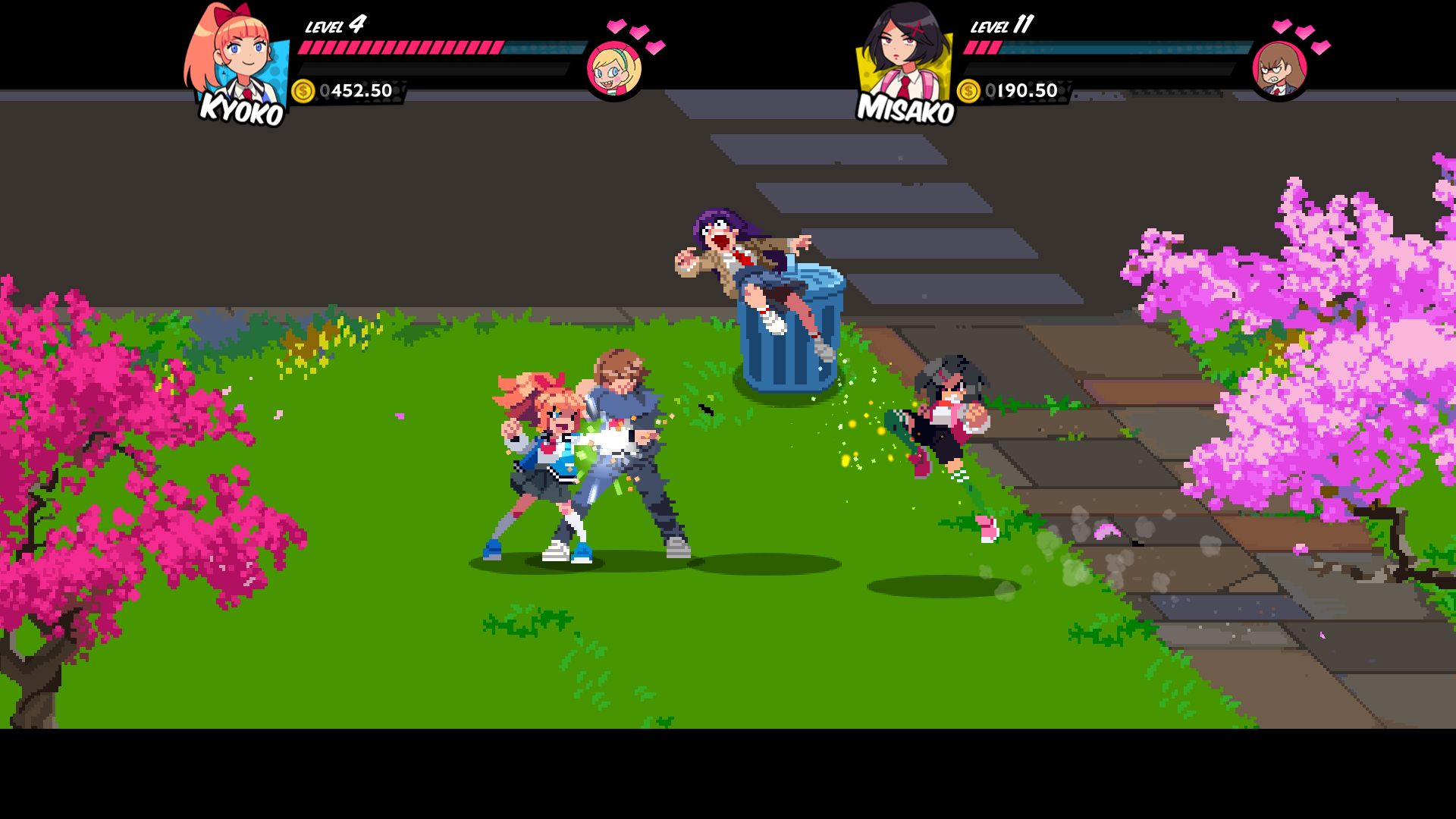 WayForward Technologies’ River City Girls, a follow-up in the River City franchise, will be releasing on September 5th for Xbox One, PS4, PC and Nintendo Switch. Developed by WayForward and Arc System Works, the 2D side-scrolling brawler has also received its first gameplay teaser. Check it out below.

River City Girls features Kyoko and Misako, the partners of series’ protagonist Kunio and Riki, as they embark on a quest to save them. Boasting some bare knuckle chops of their own, the girls will travel through six regions in River City, using combos, counters, and special moves. Side quests, different NPCs and leveling up are also part of the journey.

Players can also acquire different gear, food and items for unlocking new moves. Weapons are a given and you can even bring beaten defeated enemies over to your side to fight. River City Girls will include two player local co-op support and retail for $29.99. A physical version is also expected courtesy of Limited Run Games.

WayForward Technologies has also worked on the recently released Bloodstained: Ritual of the Night. Check out our review of the game here.