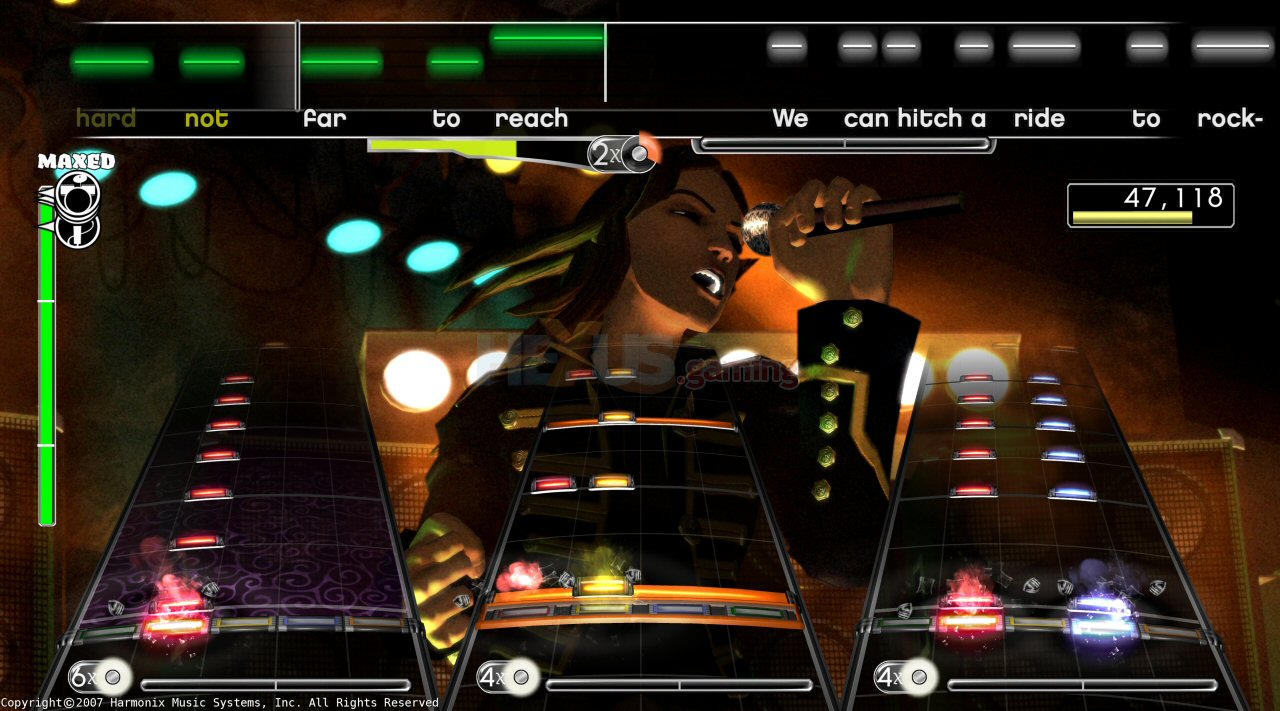 On November 16th the following songs will be available for download for the Rockband games:

Here is the official press release:

Rock Band provides the deepest and best selection of artists, songs and albums through the Rock Band music platform, which features more than 800 artists and more than 2,000* tracks via disc and download purchase (complete list of tracks at www.rockband.com/songs). Rock Band’s gigantic music library dwarfs that of any other rhythm video game on the market. To date, more than 75 million songs have been sold through the Rock Band Music Store since its launch Nov. 20, 2007.

Rock Band DLC Additions for Xbox 360, PlayStation 3 system and Wii
Ready to try out those three-part vocal harmonies in Rock Band 3? We’ve got a workout for you! Next week, six songs from the legendary trio of brothers, the Bee Gees. Throughout their 40-year musical career, the Bee Gees have sold more than 200 million albums worldwide, making them one of the best-selling musical groups of all time. Next week, we’ll have “Jive Talkin’,” “Night Fever,” “Nights on Broadway,” “Tragedy,” “You Should Be Dancing” and the quintessential 70s hit, “Stayin’ Alive,” which will feature a Pro Guitar and Pro Bass upgrade.

The legendary blues song, “The Thrill Is Gone,” from guitar virtuoso B.B. King will also be available as downloadable content next week, featuring a Pro Guitar and Pro Bass upgrade. Although this song has been recorded multiple times, B.B. King’s version won him a Grammy® Award and a Grammy Hall of Fame award and is included in Rolling Stone’s list of the 500 Greatest Songs.

We’ve got fans of the keyboard covered next week as well, with “A Whiter Shade of Pale” from the British group, Procol Harum. Originally released in 1967, the song made it to No. 1 on the UK charts and No. 5 in the United States.

These tracks will be available for purchase as individual tracks, as well as “The Bee Gees Pack 01” on Xbox 360, PlayStation 3 system and Wii. Tracks marked with “X” will include Pro Guitar and Pro Bass expansions for $0.99 per song.

** Dates for Rock Band game tracks are tentative and subject to change. **

*Available on-disc, via download and disc export. Internet connection and export key purchase required. Wii has more than 1,500 song tracks available for purchase on the Rock Band platform on-disc, via song import, and download. Not applicable to Nintendo DS™.

Downloadable content for Wii is purchased via the in-game Rock Band Music Store using Wii Points™ purchased through the Wii™ Shop Channel and can be downloaded to the system memory or to an SD card for additional storage.  The tracks stream directly from the SD card for seamless play.

The Rock Band Music Store allows players to preview and purchase downloadable individual music tracks and packs from the vast selection of offerings available to date without ever leaving the game as they build their own custom Rock Band library.  The complete list of tracks can be found at www.rockband.com/songs.
Rock Band 3 is rated “T” for Teen (lyrics, suggestive themes) by the ESRB. Music downloads are not rated by the ESRB.
For more information on Rock Band 3 and Harmonix Music Systems please visit www.rockband.com and www.harmonixmusic.com.
Microsoft, Xbox, Xbox 360, Xbox LIVE, and the Xbox logos are trademarks of the Microsoft group of companies.
“PlayStation” is a registered trademark of Sony Computer Entertainment Inc.
Wii and Nintendo DS are trademarks of Nintendo. © 2006 Nintendo.