Even if a TV series sounds more plausible, Dan Houser feels too much would be lost. 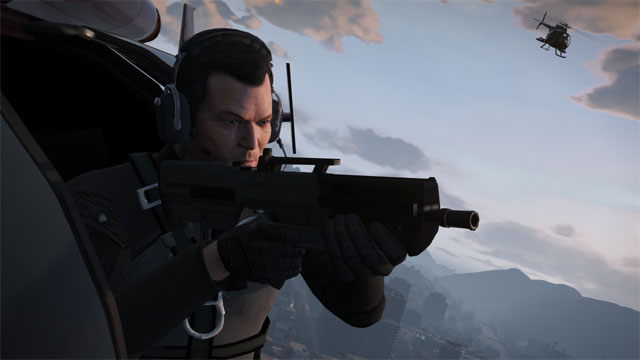 Co-founder and vice president of creativity for Rockstar Games Dan Houser remarked to The Guardian that even though the publisher has been offered a Grand Theft Auto film many times, the concept never appealed.

“We’ve been offered, many times, and it’s never appealed,” Houser replied. “The money’s never been close to be worth risking one’s crown jewels. Our small dabblings with Hollywood have always left us running back to games. The freedom we have to do what we want creatively is of enormous value. The second you go near Hollywood, people seem willing, or have been forced, to lose a lot of that control.

“That sort of amorphous ‘that won’t test well’ attitude is exactly how we don’t work. We’ve always tried to think of stuff that’s innovative and new, and to go into a world where that’s not encouraged would be horrible.”

Houser also talked about how it would be easier to see GTA as a TV series. “There’s still plenty of kudos in doing a film, but you shouldn’t ever do anything in your life for kudos. It’s much easier to imagine GTA as a TV series, as the form is closer, but I still think we’d be losing too much to ever actually do it.

“We’ve got this big open-world experience that’s 100 hours long, and that gives players control over what they do, what they see, and how they see it. A world where you can do everything from rob a bank to take a yoga lesson to watch TV, all in your own time. How do you condense that into a two-hour or 12-hour experience where you take away the main things: player agency and freedom?

“We love games and we think we’ve got something to say in games, and that games have plenty to say. So shouldn’t we just continue doing that?”