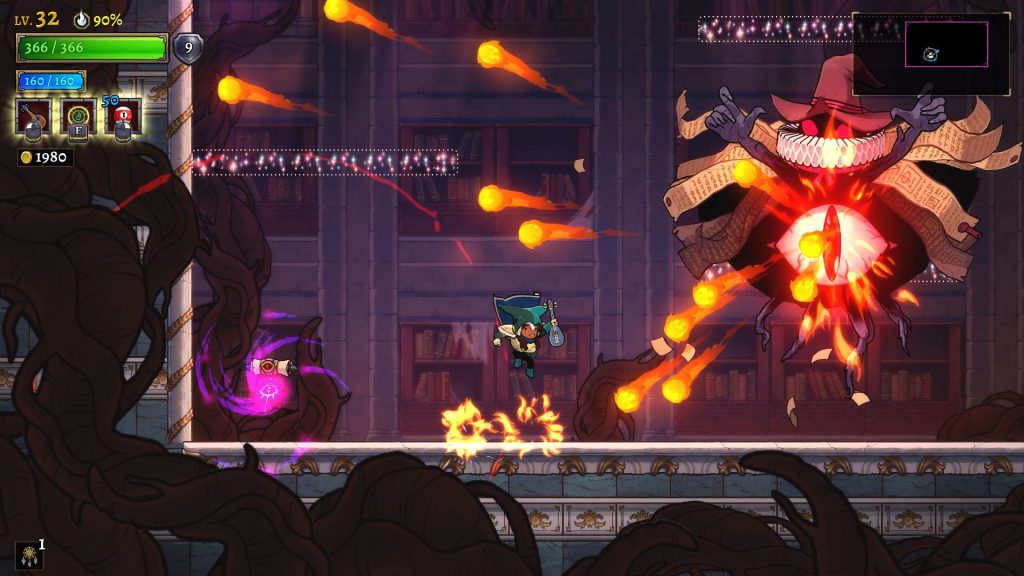 After launching in August 2020 for early access on Steam and the Epic Games Store, Cellar Door Games’ Rogue Legacy 2 will have its 1.0 release today at 10 AM PDT. Along with the full game being available for PC, it also launches for Xbox One and Xbox Series X/S.

What can long-time players expect in the newest update? The story has been fully implemented, right down to the ending sequence and final boss. Translations, Achievements and the localization backend is also fully implemented. In terms of new content, there are new bosses to battle, two new classes, five new Scars, seven new Burdens, a new Spell and new Manor skills.

Furthermore, Relics, Burdens and the economy have been rebalanced (the economy changes in particular should help the game feel less grindy). Class specific loadouts, the Jukebox and Scoreboards are also coming along with an overhaul to the music and sound effects. Stay tuned for more details and patch notes later today. 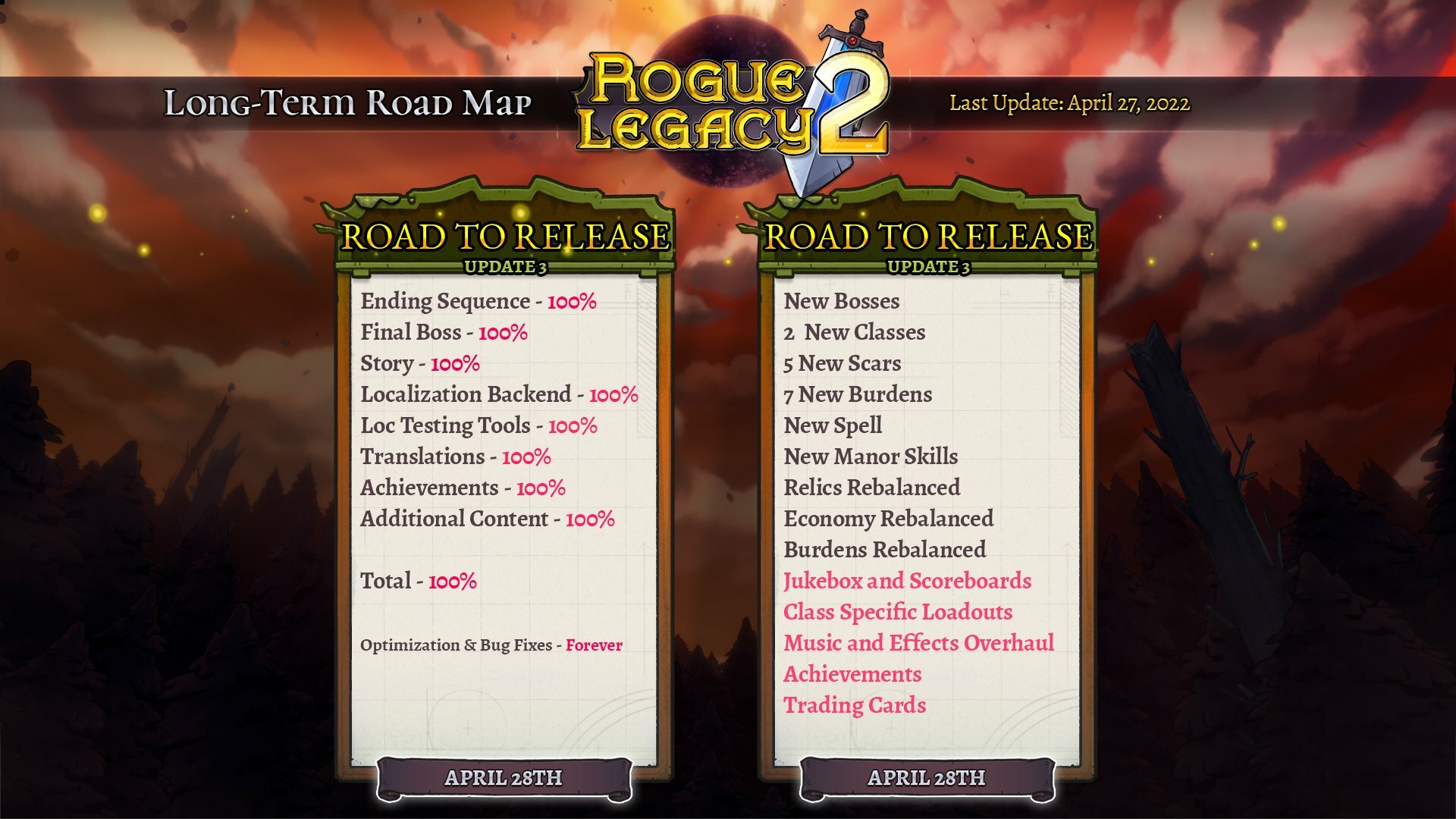