Fishing has been added to the game, along with the Vivarium to collect them. A new mask, bike parts, dyes, and clothing are also available. 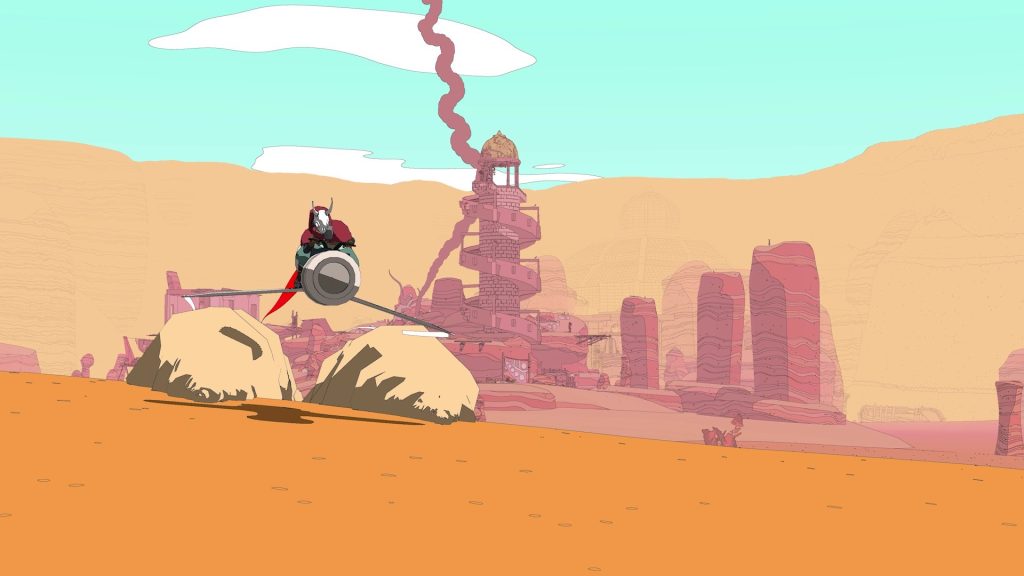 After launching for PC, Xbox One, and Xbox Series X/S, Shedworks’ open-world exploration title Sable is available for PS5. Along with PlayStation-exclusive features, it also coincides with a new content update that adds fishing for all platforms.

Fishing allows for catching fish in Midden’s sands, and there’s a new location in Sansee, the Angler Hut, where Sable can get started. Any fish caught can be deposited in the Vivarium in The Wash, with a researcher tasking you to help complete the collection. There’s also a new Angler mask, bike parts, dyes and clothing to unlock.

Three new Achievements, controller rumble support and Japanese localization have also been added. Fixes for issues like camera movement stopping during cutscenes, water ripple effects following Sable outside of the water, UI bugs, missing textures, and so on are also available. Check out the full notes below. You can also read our review of the game here.