Deliver supplies to Merrick and help rebuild the Golden Sands Outpost. Or align with the Servant of the Flame and keep it in shambles. 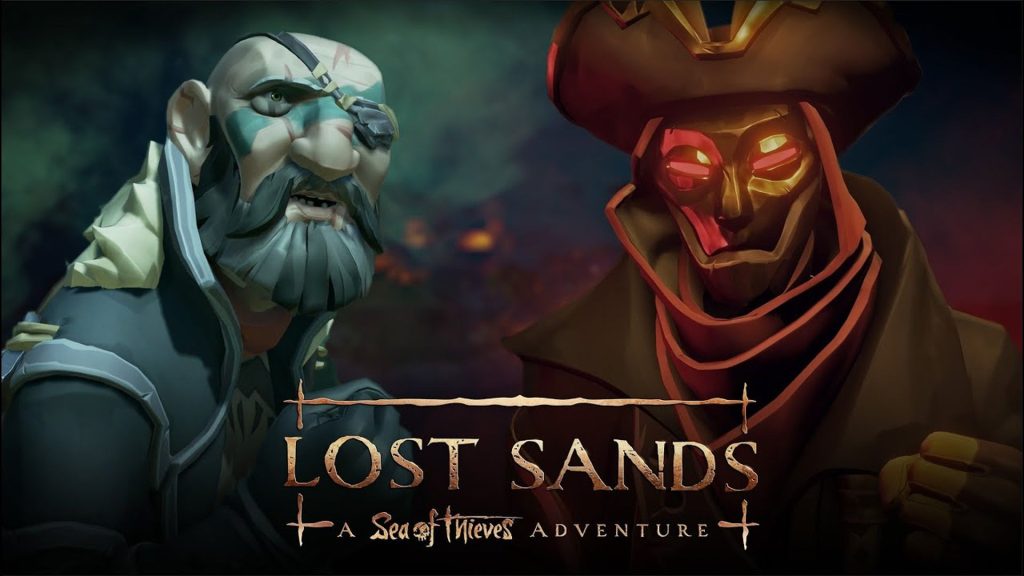 Sea of Thieves’ fourth time-limited Adventure Lost Sands is now available, free for all players. Unlike previous content thus far, this is a branching story. Players can align with Merrick to help restore the Golden Sands Outpost or they can go with the Servant of the Flame and keep it in shambles. Check out the latest gameplay trailer below.

In terms of gameplay, players will have to seek out supplies for either Merrick or the Servant of the Flame at The Reaper’s Hideout. Regardless of your choice, it’s ultimately dependent on the community. The total number of points accumulated by either side will be factored into the Outpost’s Survival. All tasks can be continuously farmed for points.

Sea of Thieves: Lost Sands is available until July 9th for Xbox One, Xbox Series X/S and PC. Stay tuned for more details on it in the coming weeks. You can also check out the Adventure’s cinematic trailer here.