Do you want a second go at hunting your nightmares?

Bloodborne remains one of the best PS4 games of this generation so far. Until earlier this year, when Persona 5 released it and beat it, it was the highest rated PS4 exclusive, and even though it’s now been beaten in that regard, it remains one of the first notable killer apps the system ever got.

Bloodborne is also arguably the purest realization of the Soulsborne formula. Its stark, Victorian era Lovecraftian setting evokes nightmares, its story remains arresting and captivating, with players arguing about its meaning to this day, and its faster paced moment to moment gameplay made converts even out of the staunchest opponents of the Souls formula.  The beautifully designed and detailed bosses along with a interface that was similar to the Souls series but unique in its own way captured gamers’ hearts. Even the game’s sole expansion/DLC pack, The Old Hunters, which featured new locations, bosses and armor, was extremely well received.

It was From Software and Hiddeki Miyazaki at their best, in other words. There is no wonder that to this day, there are people wondering if Bloodborne will ever get a follow up. And speculation about a possible sequel being announced at E3 this year, driven to almost frenzy levels thanks to relentless speculation on forums like NeoGAF, as well as a photo tweeted by Shuhei Yoshida earlier this year, where he was dining with the staff of From Software, have led many to be basically expecting the game to be revealed next month.

I don’t know if it will happen, of course – there has been zero official indication that it will. I don’t even know if Bloodborne 2 would be able to recapture the genius of the original (a lot of the original’s strengths lie in its ambiguity and freshness, two things that the sequel would by definition lose- does anyone remember Dark Souls 2?). Furthermore, the game’s story was wrapped up pretty well so it will be difficult (not impossible) to develop a sequel to Bloodborne. Not to mention that Miyazaki has made it clear last year that he isn’t thinking about a sequel to Bloodborne so may be he can pass on the responsibility to Tomohiro Shibuya and Yui Tanimura like he did for Dark Souls 2. May be From Software can change the setting as well…shift the Victorian setting to a sci-fi one? The possibilities are endless.

But the game’s ultimate quality is not what is being discussed here. Ultimately, it is undeniable that if Sony were to announce a sequel for the game, they would increase their cachet with hardcore gamers even more. Sony’s potential line-up for E3 is already brimming with a ton of exclusives such as The Last of Us Part 2, Uncharted: The Lost Legacy, Detroit: Become Human, Gran Turismo Sport along with several multiplatform games like Star Wars Battlefront 2, Destiny 2 and Red Dead Redemption 2 (Sony has exclusive marketing rights for these games so the chances of them showing up at the stage are pretty high). In short, Sony has a game from every possible genre and adding a sequel to one of the best PS4 games in its library will make the console even more appealing to hardcore gamers, specially if a price drop is coming soon (given that Sony intends to sell another 18 million units in FY18). 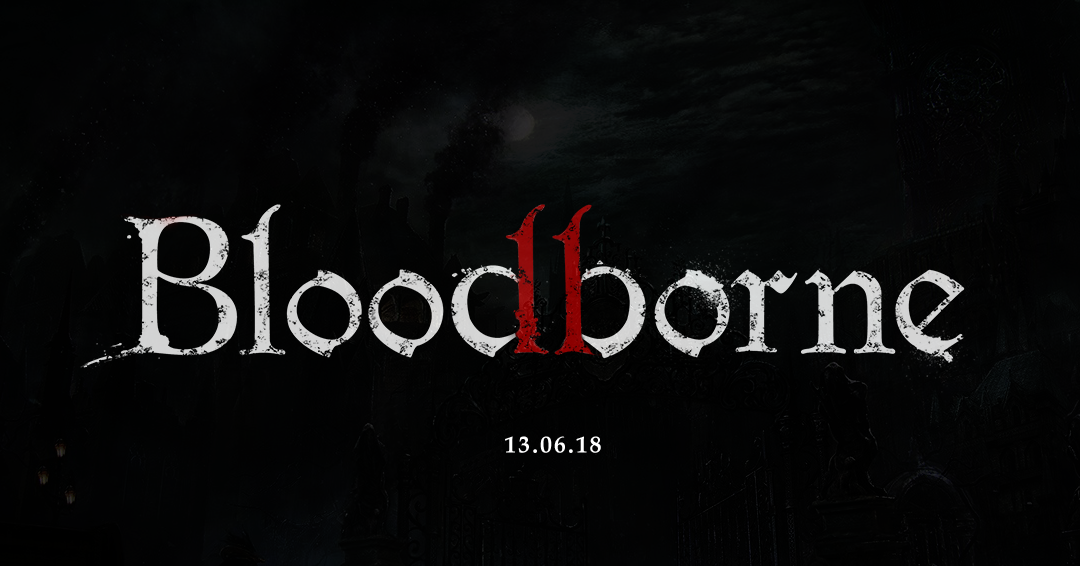 With Nintendo and Microsoft both launching new systems (and the former’s already being a runaway success), Sony needs to consolidate its position the best it can. Launching a sequel to the most beloved game in its own portfolio of games will be the perfect way to send the message to hardcore gamers who were won over by Sony- the PS4 is really the place to still stay. Or at least, a place to stay, if nothing else.

At the end of the day, we are not sure whether Bloodborne 2 will be announced at E3 2017 (although CEO and Game Director of Moon Studios, the team behind the platform adventure Ori and the Blind Forest jokingly stated on Neogaf that he is 99% sure that it will be shown off), but Sony and From Software both know that it’s a beloved IP and announcing a follow up will be the perfect icing on the cake.