New official webpage for the PS5 teases new information in the near future.

With the PS5 launching this holiday, all eyes are currently Sony, as we all speculate about details on the console, and when Sony will choose to share these details with the word. There’s been no shortage of guesses and purported leaks about that stuff over the past few months, but it now seems that Sony is getting ready to kick things into gear.

An official webpage for the PS5 has gone live on the PlayStation website, and it suggests that Sony is inching ever closer to share new information on the PS5’s exact release date, its price (which they’re supposedly not quite sure about themselves at this point), and its launch lineup. Though the page obviously doesn’t mention a timeframe in which to expect those details, it going live now (and with the PS5’s release being months away) could be suggesting that they’ll be coming not long from now.

Sony recently also filed a trademark for the PlayStation 5 in Europe. A leak not too long ago suggested that a reveal event for the console was scheduled for February. Meanwhile, a recent report suggested that a new Ratchet and Clank game could be one of the system’s launch titles. 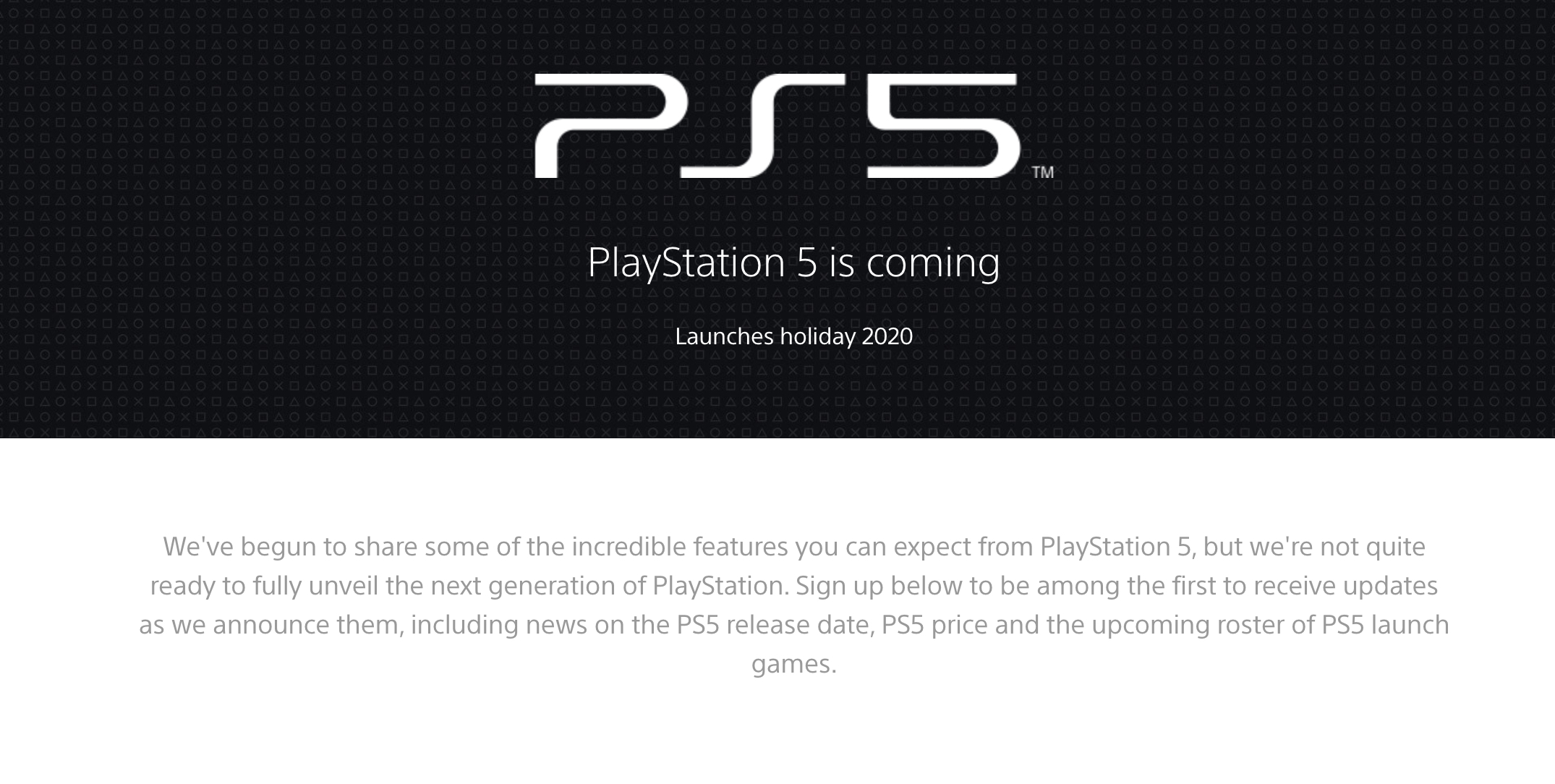