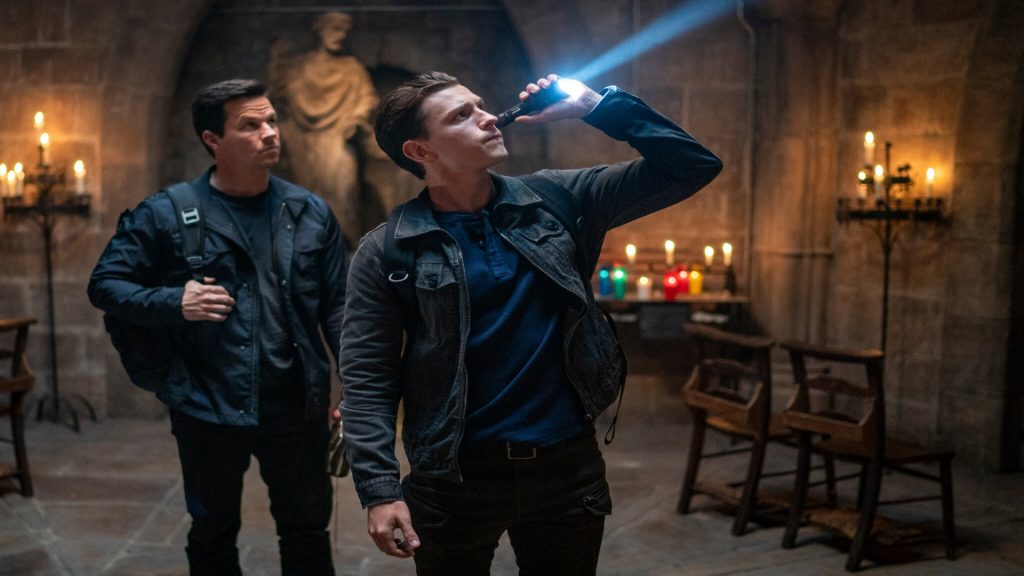 The New York Times was the first to post the image. According to the Times, Sony is spending $120 million dollars to make the film, which is naturally based on game franchise of the same name. That said, the Uncharted film does not follow the plot of the games. It’s a prequel, following a young Nathan Drake (Tom Holland) as he learns from mentor Victor Sullivan (Mark Wahlberg).

Uncharted is the first feature film from PlayStation Productions. The studio was formed by Sony Interactive Entertainment to adapt its game properties for film and television and will partner with Sony Pictures. The film is being directed by Ruben Fleischer, who previously directed Venom and Zombieland.

PlayStation Productions is headed up by Asad Qizilbash. Qizilbash also serves as head of product for PlayStation Worldwide Studios. “We have three objectives,” Qizilbash said. “Grow audience size for games. Bring product to Sony Pictures. Showcase collaboration.” He did acknowledge that there is some risk in adapting the property, noting that if the movie does poorly, it could damage the game series. “It’s risky,” Qizilbash said. “But I think we can do it.”

More than 10 TV shows and movies are in development at PlayStation Productions, including a Last of Us adaptation at HBO, and an adaptation of Twisted Metal. The Uncharted film is currently set to release on February 18th, 2022.