I‘m not a fan of the industry consolidation that is currently underway thanks to the arms race set off by Microsoft buying a few studios, prompting an ever escalating war between them and PlayStation to try and hoard as many valuable developers and IP under their umbrellas as possible. Put simply, I think this sort of consolidation, no matter what side it is coming from, can only be a bad thing for the industry’s long term health as a whole (look at how creatively bankrupt Hollywood became once everything consolidated around first the Big Six studios, and then mostly around Disney, for an analog). As a result, I’ve been following the regulatory scrutiny that Microsoft’s attempted acquisition of Activision Blizzard has come under with great interest. While I do think this is bound to go through, I am interested in seeing and parsing the arguments that are made against it.

The interesting thing appears to be that the bulk of the video games market is unconcerned by Microsoft’s acquisition bid. Valve, Epic, Apple, Ubisoft, Namco, WB Games, Riot, Google, none of them are particularly worried about Microsoft attempting to complete the sale of one of the largest third party video game publishers in the industry. The one company that has voiced the most objections is Sony – which, obviously, makes sense. Sony stands the most to lose if their biggest direct competitor were to take away unfettered access to the biggest third party brand, after all. And so, Sony says – Call of Duty is essentially a “kingmaker”, single handedly prompting millions to purchase every game it puts out, and to go to the platform where it enjoys the strongest association and community. A platform’s success, apparently, is tied to Call of Duty being available on it.

But Sony’s arguments against Microsoft’s attempted sale do not appear to be sound or well thought out. They not only appear to be totally out of touch with the reality of the market, but they also seem to make Sony and PlayStation’s success appear almost wholly dependent on Call of Duty and the PlayStation association the IP has. Sony’s argument seems to be that if Call of Duty were to be made available on Game Pass day one – not even go Xbox exclusive, mind you (Microsoft has already committed to keeping Call of Duty on all platforms even after the Activision sale closes), just being made available on Game Pass – then PlayStation’s potential in the market would be materially affected. 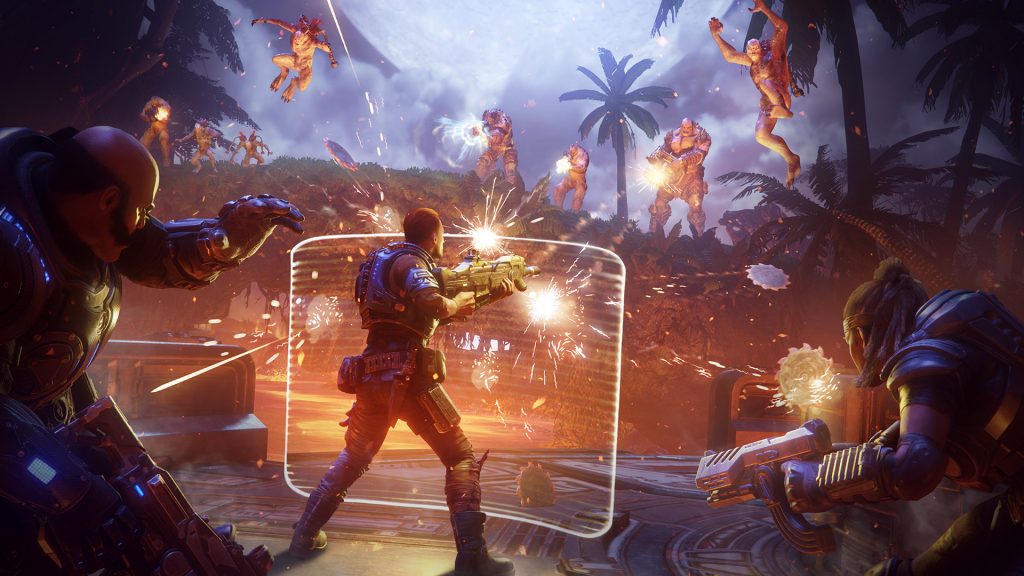 In a word, that is nonsense. Not only is it disrespectful to PlayStation’s own first party studios who produce world class games on an annual basis, as well as to the thousands of other third party games available on the platform (often exclusively), all of which contribute to its success, it also ignores the savvy platform strategy, marketing, and brand strength that PlayStation enjoys globally. Call of Duty suddenly being made available day one on Game Pass would, obviously, impact PlayStation – but Game Pass and its library have thus far not made any impact on PlayStation’s success at all. While Game Pass has done well and led the Xbox resurgence, it has not come at the expense of PS4 and now PS5, both of which continue record breaking runs. The idea that Call of Duty being available on PlayStation equivalently to its availability elsewhere is all that is standing between PlayStation leading the market, and losing the plot completely, is laughable.

In fact, we already have multiple examples of platforms without Call of Duty doing incredibly well on the market. Steam and Switch are both platforms that do not have Call of Duty available in any capacity whatsoever. Both are also the two most successful platforms on the market at the moment, enjoying user bases of more than 100 million each. For Steam, you might even argue that setting up an account is free, and there is no friction or barrier to entry, and that’s why it can do well without Call of Duty. Alright, but what about Switch? No Call of Duty, and yet it is breaking all records.

The Switch’s success is obviously tied to its unique hardware, as well as Nintendo’s incredible first party exclusives, the third party exclusives on the system, and then the glut of major and indie third party titles on the system on top of all of that. But that’s exactly the point – the Switch manages to sell really well even though it hasn’t even received a Call of Duty re-release or spin-off. It manages to compensate for Call of Duty‘s absence because of strong appeal in terms of the core hardware value proposition, and an extraordinary lineup of games.

Sony’s own first party studios are incredibly talented, and Sony’s first party enjoys an unparalleled reputation in the industry, exceeded only by Nintendo itself. Sony is, therefore, completely capable of selling its hardware off the back of its own great titles, exclusive to PlayStation. In fact, even were Call of Duty to be made available on Game Pass day and date (remember, it would still be releasing on PS even in the worst possible scenario), PlayStation would still have magnitudes more third party support than Nintendo does. All that third party backing (including, yes, Call of Duty) plus Sony’s own fantastic first party games on top – and Sony thinks it can’t sell its system in this scenario? Anyone who gives it more than a half second worth of thought would know how flimsy this premise it. It falls in on itself if you so much as look at it.

And let’s assume Sony has determined that the continued availability of a major multiplayer shooter on PlayStation, without it getting the network effect from day and date availability on Xbox, is paramount to their success – okay, then why Call of Duty, specifically? Titles such as Fortnite, Destiny, Battlefield, and a little franchise called GTA, are all still available on PlayStation on even footing, and all major multiplayer games with their biggest community on PlayStation. Call of Duty suddenly getting a bigger community on Xbox is enough to negate all that?

And let’s actually go back to Destiny, because that leads into my next point. If Sony thinks Call of Duty is essential, then why not make their own? They have a killer portfolio of first party studios, including several new ones they have set up explicitly to focus on multiplayer games, and they just bought Bungie, the folks who are the reason there is a modern multiplayer shooter genre or market to begin with. Why not just make your own? Why does it have to be Call of Duty? 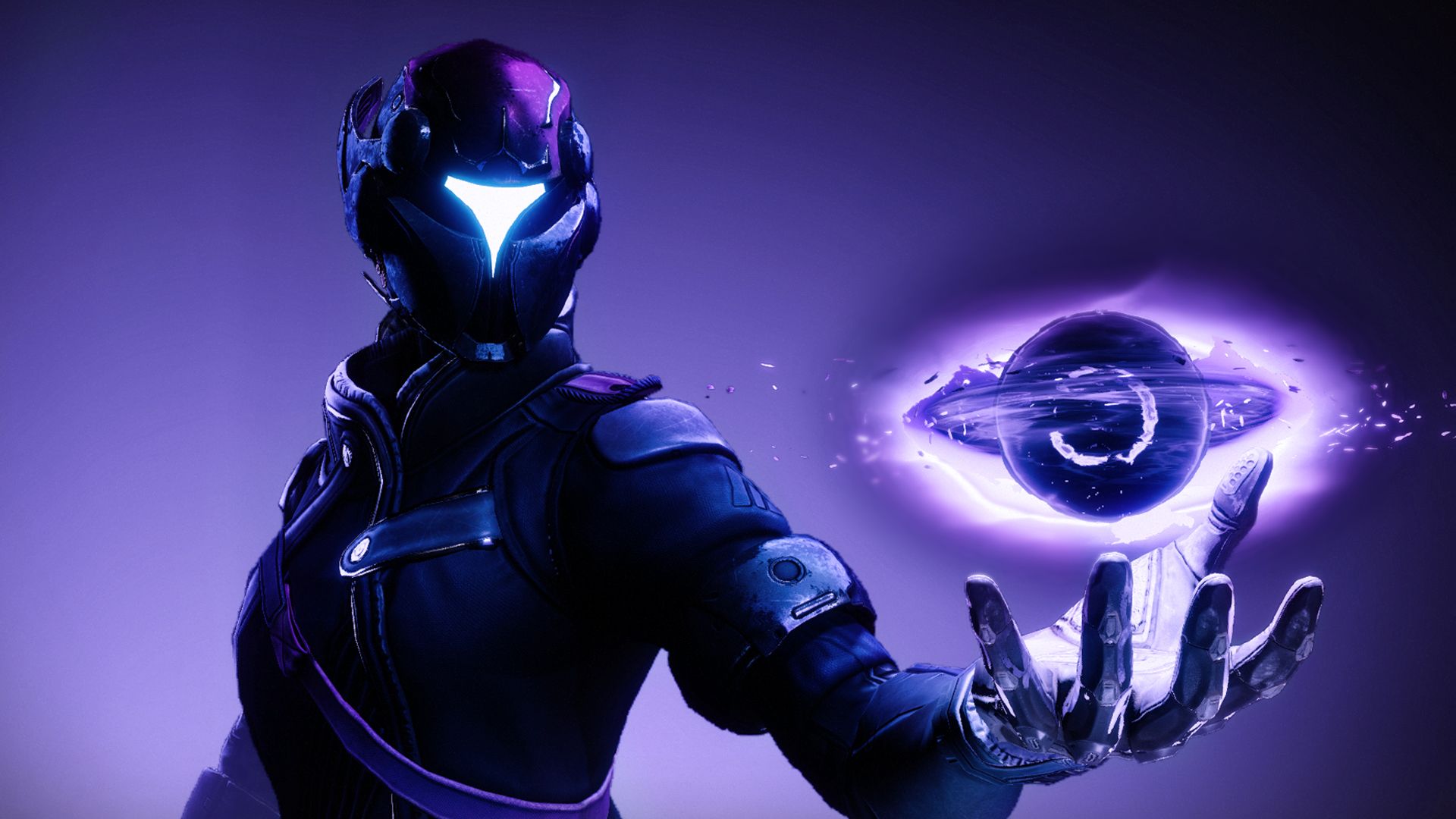 One could argue that Sony tried to do just that, back in the PS3 era with Killzone. In which case I would say, sure, Sony did try that. Back when the quality and consistency of their first party output was far more mixed (to put it nicely) than the industry leading games they deliver now. And they tried it with KILLZONE. A franchise so thoroughly average and mediocre that it’s actually a wonder they stuck with it as long as they did. Of the six Killzone games Sony put out only two breach 80 on Metactritic, and only one goes above the low 80s mark (which is obviously Killzone 2, the only game in the series that can make a legitimate claim to being good and not just propped up on its exclusivity status). Obviously Killzone didn’t help Sony gain traction because Killzone sucked. And the one time it didn’t suck, Sony failed to follow up on it.

Trying now, with far better managed talent and studios, with multiple new studios and developers acquired or set up specifically to help with multiplayer games (including, I need to point out once again, the literal grand daddy of the modern multiplayer shooter to begin with in Bungie), and games that are hopefully actually good, would be a completely different scenario than what played out with Killzone back in the day.

So, to tie this back to the original thesis – as opposed to industry consolidation as I am, I don’t think Sony’s arguments against Microsoft’s acquisition of Activision hold any water. Remember, in this scenario, Microsoft has committed to putting Call of Duty on PlayStation even after they finish the sale – Sony isn’t arguing that PlayStation would fail without Call of Duty (itself an absurd claim, as discussed), the argument is that PlayStation would be materially impacted if Call of Duty were to be made available on Game Pass day and date. That’s how fragile they think their success is, and as mentioned, it’s mind bogglingly disrespectful to their own great work, as well as the great work done by all the third parties who have contributed to PlayStation becoming the brand that it is. We have multiple examples of systems without Call of Duty doing well (including a system currently on pace to becoming the highest selling game system of all time), and PlayStation wouldn’t even become one of the platforms without Call of Duty in this situation to begin with. The entire argument is stupid.

Even if we buy into the central premise (we shouldn’t, but let’s do it), Sony’s argument is still stupid because they have enough first party content to differentiate their system, and an extremely talented portfolio of studios fully capable of putting out amazing multiplayer titles that can create the captive network effect Sony seems to crave so desperately for PlayStation anyway. Even if one were to say Sony tried that once before and failed, when Sony tried it before, their first parties were far worse than they are now (particularly now since Sony also owns Bungie), and they tried it with Killzone, which presumably their new attempt would be significantly better than.

So, no, Sony’s entire argument is flawed and founded on some suppositions so flimsy I am surprised they held together long enough to be put on paper to begin with. Even if Xbox were to make Call of Duty exclusive, PlayStation would be more than fine. In this scenario, where all that happens is that Xbox puts it on Game Pass, and PlayStation still continues to get the games?

Yeah, there’s nothing to worry about.