Sony has cultivated its first party PlayStation-exclusive IPs excellently, to the point where that’s very much become the cornerstone of the company’s gaming business. Even with the likes of God of War, Horizon, The Last of Us, Uncharted, and more going strong, there are still many other beloved PlayStation franchises that are currently dormant. That said, it seems Sony wants to keep expanding its slate.

In its latest investor presentation, along with talking about upcoming plans for live service titles and releases on PC and mobile devices, Sony also discussed its investment in new franchises- which, the company says, are going to increase dramatically. In FY 2019, 23% of the company’s software development expenses went into creating new IPs, but in fiscal year 2022 (which runs until April 1 next year), that number is expected to jump to 34%. Meanwhile, by fiscal year 2025, Sony is expecting its game development investments to be split 50/50 across new IPs and existing franchises.

Of course, given how many studios Sony now has under its belt (and how many more it’s likely going to keep acquiring), it’s not surprising that Sony is planning on not only continuing to cultivate its existing franchises and make them even stronger, but also create new ones to stand toe-to-toe with with them. What those will end up being remains to be seen, but considering Sony’s huge interest in the live service space, it’d be a safe bet to assume that some of those are going to be new live service properties. 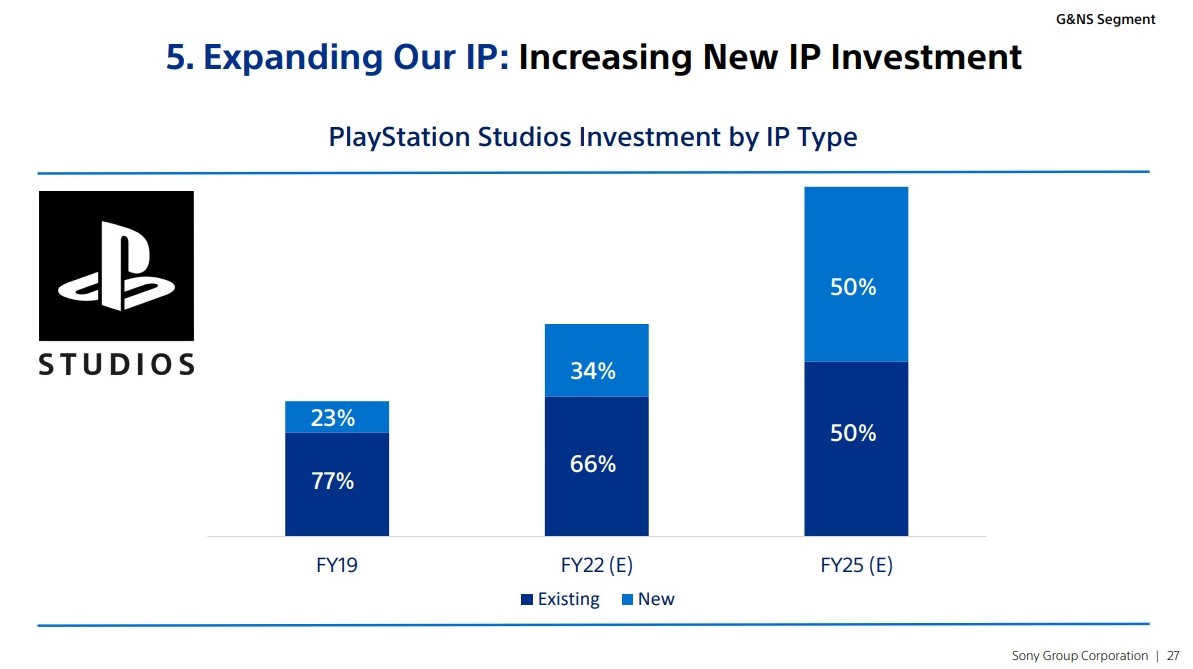