That's according a release slate shared during a recently held investor relations meeting, which revealed that a total of 2 such games are planned to release in FY22-23.

Sony recently held its investor relations meeting, wherein Sony Interactive Entertainment’s president Jim Ryan revealed more about the company’s plans regarding upcoming live-service releases. While we knew that Sony plans to ship 10 live-service games by 2026, a slide shared during the briefing has revealed that 3 of those titles will be coming in FY 2022-23 (which runs until April 1, 2023).

One of these titles will be this year’s entry in the MLB The Show franchise. When asked about the other 2 titles, Jim Ryan said that they are yet to be announced in an official capacity (via VGC). At the same time, Ryan also reportedly denied any claims of the 2 releases being Destiny-related.

Speculation suggests that one of them could be a The Last of Us multiplayer standalone game. The long-rumored Twisted Metal reboot is also looking to be a likely candidate for an FY 2022-23 release. There’s also Guerilla Games working on an online title, rumoured to be a co-op Horizon game, and Sony has also signed publishing deals with studios like Deviation Games and Firewalk.

The same slide also revealed that Sony plans to build upon this busy release schedule by upping its output of total live-service titles to 6 by FY23, 10 by FY24, and 12 by FY 2025. Details on what these upcoming unannounced releases will be coming in the following months, so stay tuned for all updates on the matter. 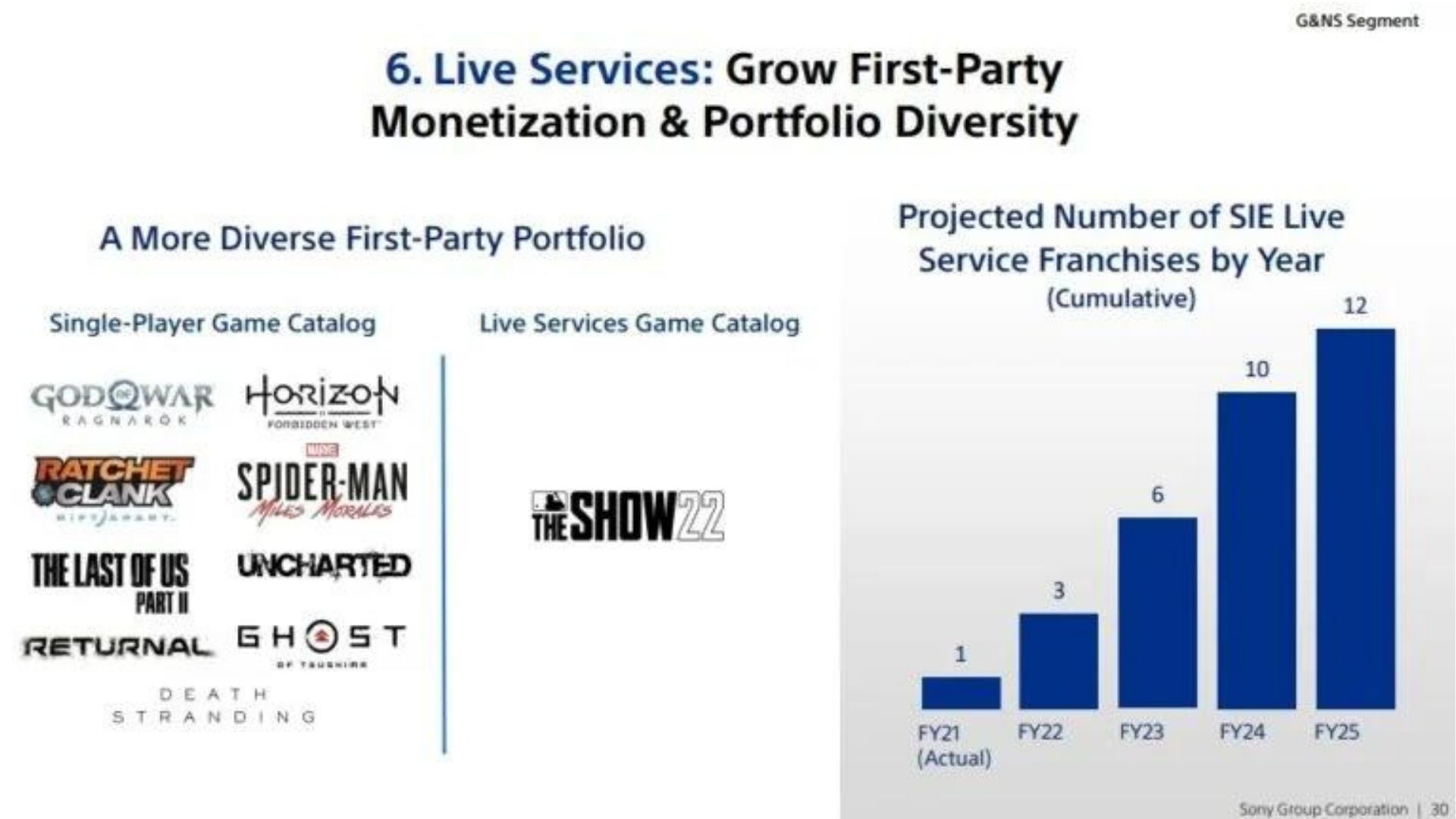