Sony is looking to expand its horizons significantly in the coming years, with roughly 50% of its releases expected to launch for PC and mobile devices by 2025.

Sony has made it a point over the last couple of years to emphasize its plans for growing beyond the console space. While PlayStation will, of course, remain instrumental to the company, it also plans on expanding its presence in the PC and mobile gaming spaces significantly, and we’ve already been seeing it taking steps to that effect.

During a recent investor presentation, in fact, Sony reiterated its future plans outside the console space, while also elaborating on exactly how much growth we can expect to see on PC and mobile platforms. As per a slide shared in the presentation (which you can view below), by FY 2025 (which will run until April 1, 2026), Sony says it expects roughly 50% of all of its new software releases to be for PC and mobile collectively, with the former taking up 30% of the total share and the latter taking up 20%.

Incidentally, the slide also makes it clear that by that time, Sony plans on completely dropping support for PS4 in terms of new releases (which makes sense, considering the company is redoubling its efforts to fix the PS5’s supply shortages).

None of this should come as a surprise. Sony has made its intentions to expand its presence on PC abundantly clear, and during the presentation, also revealed that it’s expecting $300 million in revenue from the platform this fiscal year (until April 1, 2023). The company’s plans to expand its mobile gaming presence are also well known. Sony has previously said that it intends to bring some of its biggest and most iconic franchises to mobile platforms.

Meanwhile, during the presentation, Sony also re-iterated its accelerated plans where upcoming live service games are concerned. Read more on that through here. 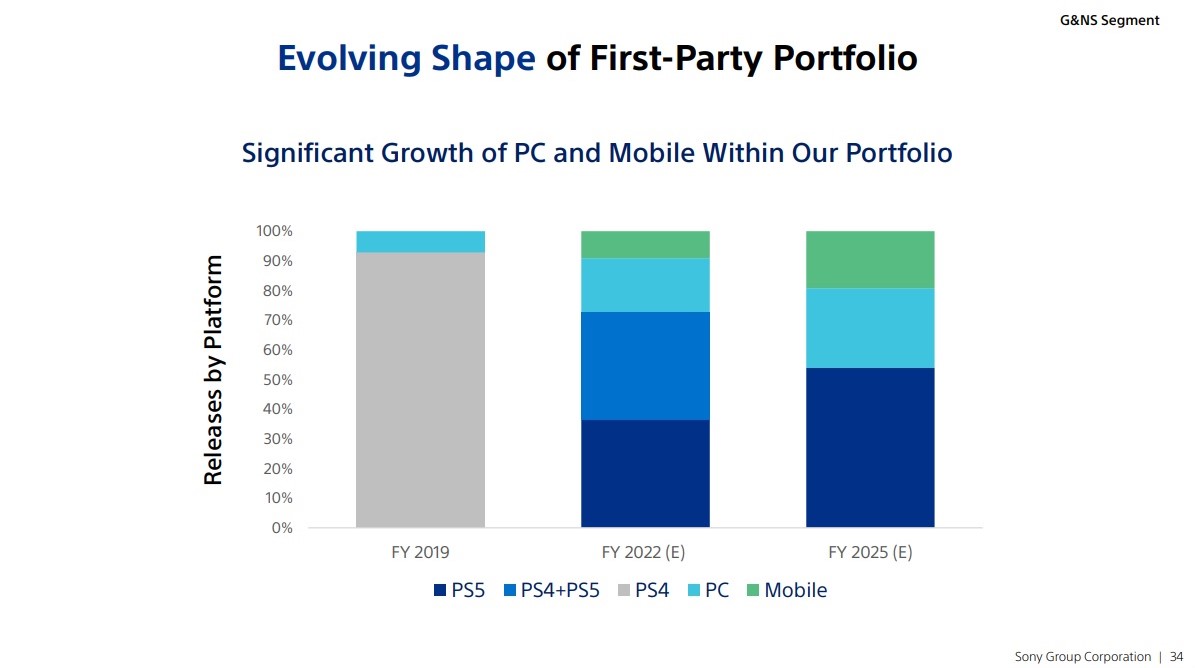