So it happened. Sony ushered in the next generation of PlayStation console gaming by finally taking the wraps of what we all knew was coming: the PlayStation 4. Yes, it’s not called the Orbis, or any such thing. Sony is keeping it simple and calling it what we all expected them to call it. They spent an exhaustive two hours today going through a whole lot of particulars about the new upcoming console, slated for launch soon. And while their presentation itself was horrible, being poorly managed and generally unfocused, Sony had such a lot of substance- the console itself and its specs, the tech demos, the games, as well as a whole lot of nebulous promises about what the system will bring to the table- that it comes through. Ultimately, this event was successful because of what was being presented, and held back only by how poorly it was presented.

For starters, their general choice of presenters was shockingly poor. You would have thought that in the wake of all of that fan worship of Kaz Hirai, he would have made a show, but no such luck. Neither was Tretton trotted out. Without the charisma of those two, we were stuck with generally the people who had actually made the stuff on show, but who weren’t very good at presenting it, launching into droning tirades and generally putting everyone to sleep.

The conference was also slow to start, talking about all sorts of stuff. Sony unveiled the PS4 right off the bat, but then- bafflingly- launched into explanations about Cloud gaming, social gaming, personal gaming. They brought up the Playstation Vita (and did not give it the price cut in the west that it got in Japan a week ago, essentially sealing its fate), and they even brought up social gaming. The concept of sharing screenshots, and essentially spying on your friends and watching them play over the internet. It was all pretty neat and pretty exciting, but also fairly unorganized. 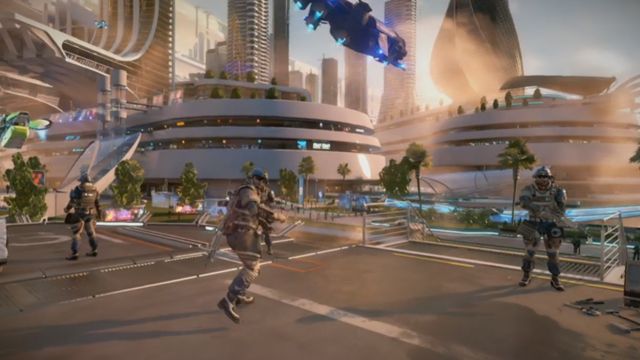 Being a PlayStation launch, Sony spent a good thirty minutes going over the console tech. They introduced us to their new hardware architect, who then went over the new PlayStation hardware philosophy. Clearly in an attempt to maximize profits, the new system will, as predicted, use off the shelf parts. Using a simple x86 CPU architecture, along with a GPGPU, it also has a whopping 8GB of RAM. Clearly, it’s sufficiently future proofed.

They also showed off their new controller, the DualShock 4. Marking a departure from the standard DualShock design for the first time in two decades and three generations, the new controller boasts- as leaked- a central touchpad, redesigned triggers and analog sticks, a share button, and an LED.

The real meat of the conference, however, was not in their discussions about backwards compatibility, or the specs, or the connectivity achieved with PS Vita. No, Sony came into its own when it began to talk about its games, and show off what the PS4 was really capable of. And they blew our minds away.

The first game they demonstrated was something called Knack, which looks like a light hearted platformer, and Sony’s latest attempt in a never ending series to try and make a mascot. The game looked like a highly basic PS3 game, and actually disappointed in its visuals. It looked a whole lot of fun, don’t get me wrong. The problem was just with how decidedly not next gen it looked.

Thankfully, that was not the case with the next few games they showed off. Their first showcase of the PS4’s graphical technology was, predictably, a new Killzone game, a prequel to the main trilogy, and it looked stunning Immediately looking beyond anything achieved on the current gen consoles (or even the Wii U) after a full eight years, the game looked gorgeous in motion, aided even further by the new artstyle, that was a departure from the drab and dreary look of all previous Killzone games.

Sony wasn’t going to stop there. They then proceeded to bring Evolution Studios, the makers of Motorstorm, on to the stage and show of Drive Club. The cars looked great, the game looked stunning, but it was hard to discern a full generational leap compared to Gran Turismo 5 or Forza 4, even though it was safe to conclude that it looked better. They followed this up with a new Sucker Punch developed game, that curiously resembled Watch Dogs in its premise. Ultimately, it was revealed to be the next title in their inFamous series, subtitled Second Son. Curious, and the name raises more questions too. 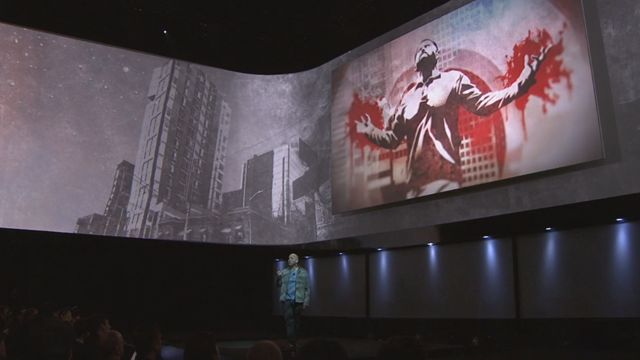 Sony then trotted Media Molecule on to the stage, and we all watched with bated breath. Undoubtedly the most creative studio Sony has, everyone was undoubtedly excited to see what they would be up to on the PS4. A new LittleBigPlanet? Maybe an expansion of the Tearaway concept on the Vita? Something new entirely? What they showed off instead was highly disappointing, focusing entirely on some ‘concept’ centered around the PS Move (yes, that thing. Apparently, Sony hasn’t forgotten about it. Unfortunately) that reminded everyone more of Wii Music than anything else. It was a let down.

David Cage was then trotted on the stage, and he showed off some of his next generational facial expression techniques, that allowed him to render emotions and expressions on every part of a realistic looking face. Impressive stuff, but also rather boring without a game being attached to it.

Sony saved the best for the last. A full fledged assault of third party games came next, with everything from The Witness (made by the creator of Braid) to Watch Dogs (looking better than ever before), Square demonstrating their Luminous Engine, before teasing a new PS4 Final Fantasy at E3, and Capcom showing off what was probably the best third party game in motion shown off, a new IP tentatively titled Deep Down. 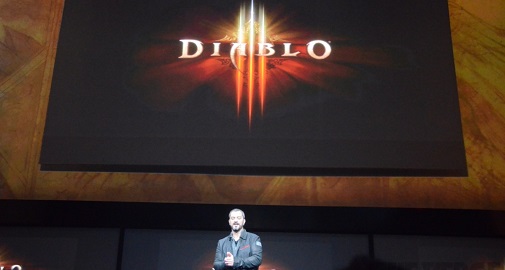 First came Blizzard on the stage. Shock, horror, a surprise on par with when Gabe Newell came on stage during Sony’s E3 2009 to explain Valve’s changed attitude towards the PS3. Blizzard announced a new strategic partnership with Sony, before proceeding to announce that Diablo 3 would be coming to the Playstation 4 (and the Playstation 3 as well). The game itself might be crap, but the announcement carries a lot of weight.

And then, in the final symbolic victory by Sony tonight, Bungie came on stage. This was huge. This was big. Bungie was the premier Xbox developer. And while we all know they are now multiplat, to see them at a Playstation launch event is another thing entirely. They showed off Destiny, their ambitious upcoming shooter, before confirming it for the Playstation 4.

Sony then came on the stage to round the night off by announcing that the Playstation 4 would be launching by Holiday season this year, perhaps their biggest announcement of the evening/

What a series of announcements. What a console the PS4 is looking to be. And the games, the games look awesome. While there is a lot that they did not talk about- the price, their online strategy, and even the console itself was not shown- what they did talk about was huge, and so impressive that even their retarded presentation style did not take away from the immensity of it. Ultimately, Sony proceeded to show Nintendo, who had five separate chances to launch the Wii U properly and failed every single time, how a console reveal should be done. And they generated an insane amount of excitement while doing so.

The Bad: Where is the console? More gameplay would have been nice.

Final Verdict: Ultimately, Sony proceeded to show Nintendo, who had five separate chances to launch the Wii U properly and failed every single time, how a console reveal should be done. And they generated an insane amount of excitement while doing so.