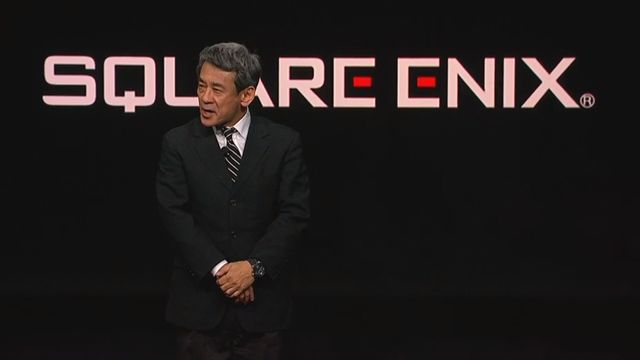 Final Fantasy brand director Shinji Hashimoto took the stage at the Playstation event where, among other things, the PS4 was officially announced, Dualshock 4 was revealed and sequels like Killzone: Shadow Fall and Infamous: Second Son were showcased. And Knack. There was Knack also.

He informed us, after the replaying of the Agni’s Philosophy tech demo, that the company was working on a new Final Fantasy and that it would be showcased at E3 2013.

No, seriously. That was all he said.

While we would debate Square-Enix’s collective mental health at this point and lose, it does generate some interest. Is Agni’s Philosophy more than just a tech demo? Could Final Fantasy Versus XIII finally be resurfacing? Will it be the next Final Fantasy game in the saga? And will it really be exclusive to PS4?

For all we know, it could just be an elaborate tease to keep us from raging about the tech demo being showcased again after its initial reveal at last year’s E3. Stay tuned for more.