Director Todd Howard also confirms that players can remove a Trait for the remainder of a playthrough by pursuing an in-game activity. 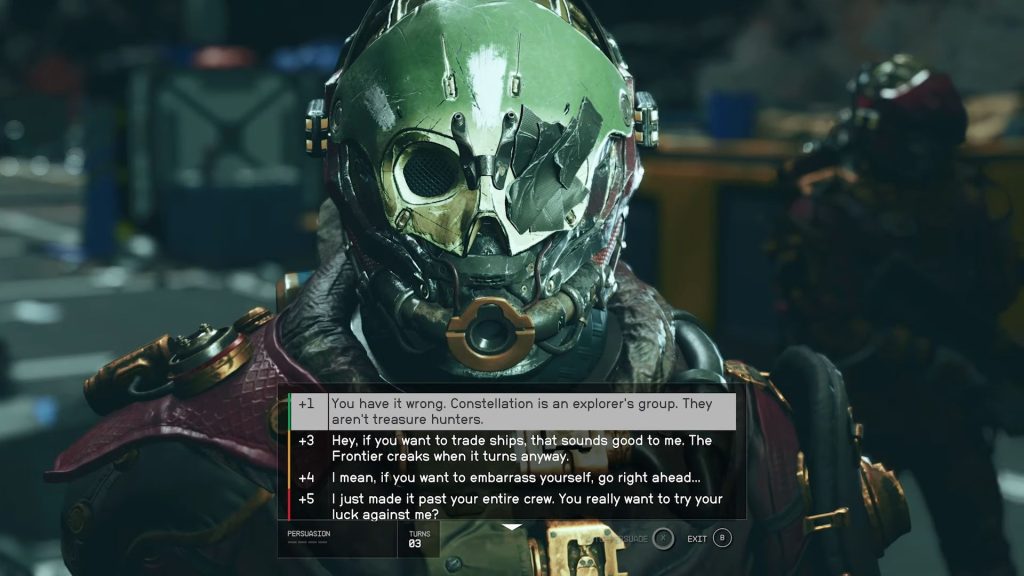 Bethesda Game Studios’ Starfield has received some new details courtesy of a brief Q&A with director Todd Howard. It was revealed that the game previously used fuel and a more involved gravity drive for its spaceships. Over time, however, the team found this to be “very punitive” for the player since the game stopped if they ran out of fuel.

This was changed recently to have the gravity drive and fuel limit how far you could travel, but not run out so you wouldn’t be stranded. Howard also discussed Traits, each offering something negative to balance the positive. Interestingly, there’s an activity in-game for removing a Trait for the rest of one’s playthrough.

Back in June, Starfield was confirmed to have over 200,000 lines of dialogue. The number has since risen to over 252,953 lines of dialogue, which is more than double Fallout 4’s 111,000 lines. The dialogue system has been described as “Classic Bethesda-style,” but the speech persuasion check has undergone some changes. Players can now spend points during a conversation to persuade people.

Higher point persuasion checks may be difficult to pull off, but they’re worth it. Howard noted this to feel “more natural” instead of entering some other mode where one is not doing regular dialogue.

Starfield is out in the first half of 2023 for Xbox Series X/S and PC. A release date has yet to be confirmed.