It features the same content as the first closed beta with changes to input delay, bug fixes, and gameplay balance adjustments. 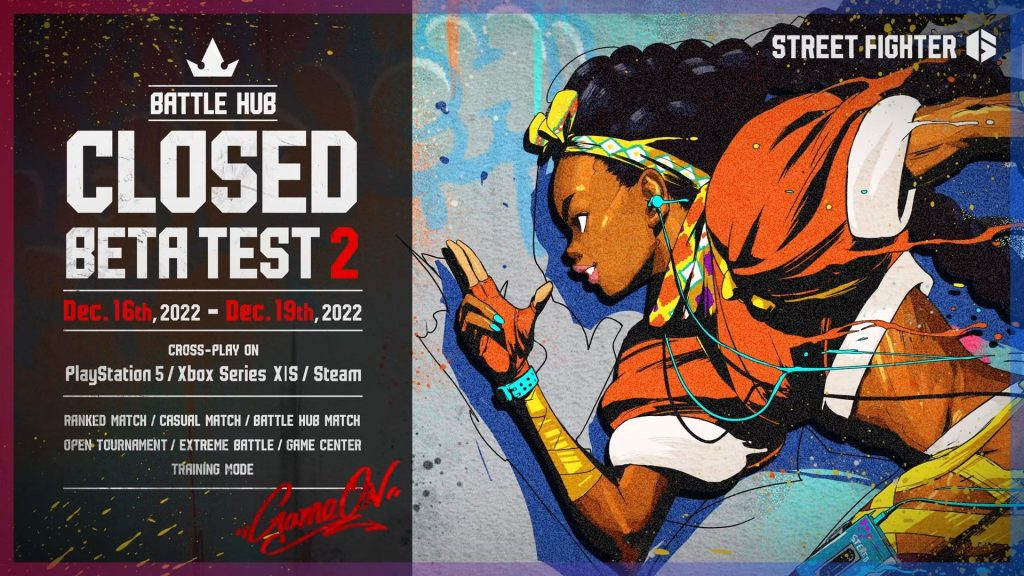 A second closed beta for Street Fighter 6 is coming later this month, running from December 16th to 19th at 8 PM UTC for Xbox Series X/S, PS5, and PC. Participants in the first beta get instant access, but everyone else must apply here.

In terms of changes, there are bug fixes and an option to reduce input delay in the Graphics menu on PS5 and Xbox Series X/S for those playing at 120 Hz. This is achieved on PC by enabling the option, disabling VSync and using a 120 Hz or higher refresh rate. Check out the full range of changes below.

Street Fighter 6 is out in 2023 for Xbox Series X/S, PS5, PS4, and PC. It was recently rated in South Korea, which could mean a release date announcement in the coming weeks. Stay tuned in the meantime.

There are no individual character adjustments since the last Closed Beta Test.

Other minor battle-related bugs have been fixed.