Outfit 1 Color 10 is available for all pre-orders and adds an alternate color scheme for six characters. It's available after launch. 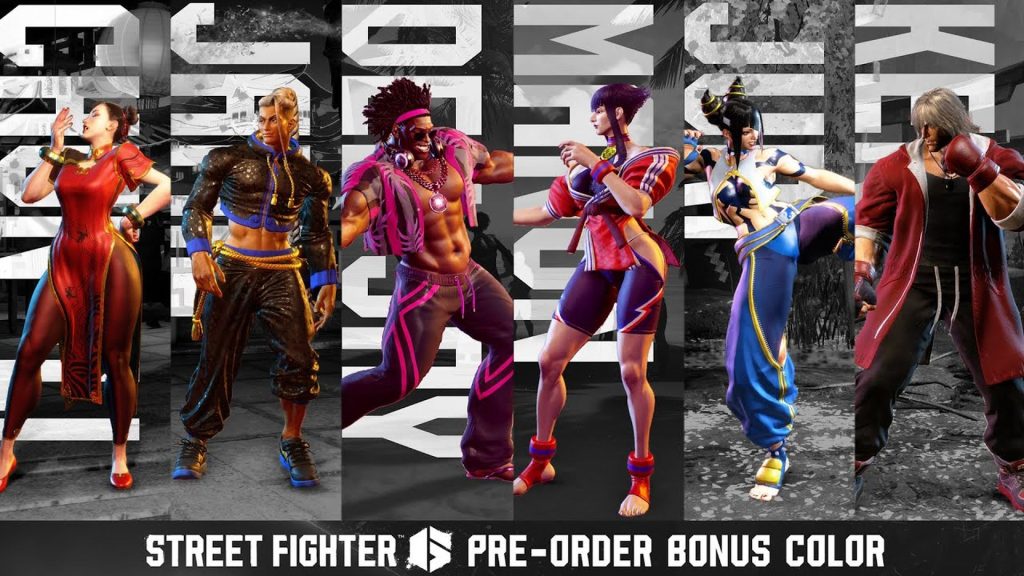 Capcom finally announced a release date for Street Fighter 6 at The Game Awards while confirming characters like Dee Jay, Manon, JP, and Marisa. Another trailer has been released, focusing on the pre-order bonus outfit colors that certain characters receive. Check it out below.

Dubbed Outfit 1 Color 10, it provides an alternate color scheme for Chun-Li, Dee Jay, Juri, Ken, Manon, and Jamie. It’s not bad, but note that outfit color will be added to the game after launch. So be warned.

Standard Edition owners also get Special Titles and Stickers (featuring unique art of all launch characters), while the Deluxe Edition also includes the Year Character Pass. As for the Ultimate Edition, it includes the Year 1 Ultimate Pass in addition to everything else.