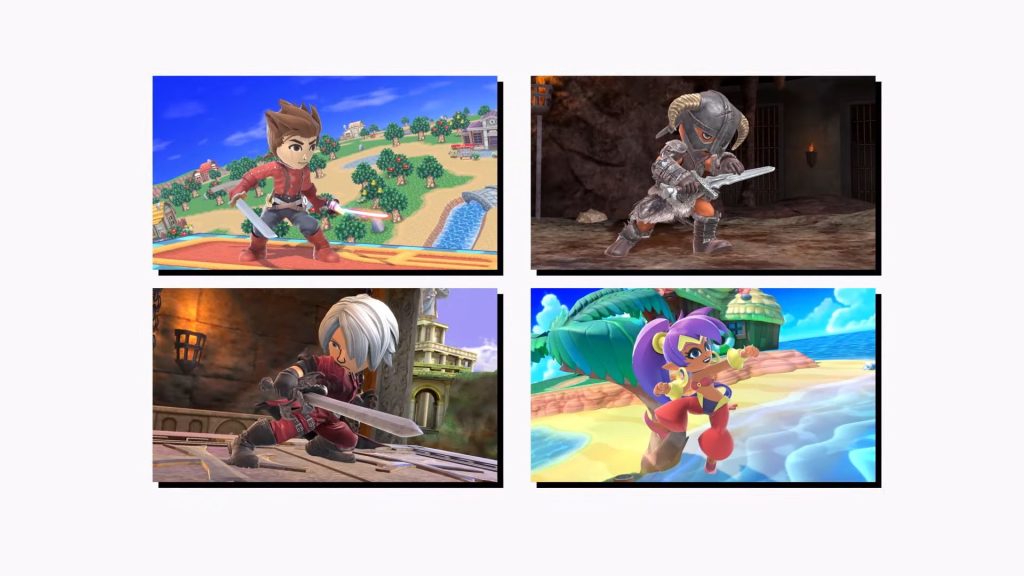 After months of rumors, Nintendo has finally confirmed that Dante from Devil May Cry is coming to Super Smash Bros. Ultimate…as a Mii Fighter costume. He’ll join the likes of Lloyd from Tales of Symphonia, Shantae from Shantae: Half-Genie Hero and Dragonborn from The Elder Scrolls 5: Skyrim. Check out the trailer below.

Among the various Mii Fighter costumes, it seems that only Shantae has something extra with a song from her game added to the “Other” category. All of the new Mii Fighter costumes will arrive tomorrow alongside Challenger Pack 10 which includes Kazuya Mishima from Tekken. They’ll each retail for $0.75, just like previously released costumes.

As for Kazuya, the latest “Mr Sakurai Presents” helped outline all of his different moves. From using the Devil Gene to fire lasers and execute Smash attacks to extensive combos and launchers that can send opponents flying, the Tekken veteran should be an interesting new addition to the roster. Challenger Pack 10 will retail for $5.99 but is also included with Fighters Pass Vol. 2. Only one Challenger Pack remains so stay tuned in the coming months for more details.