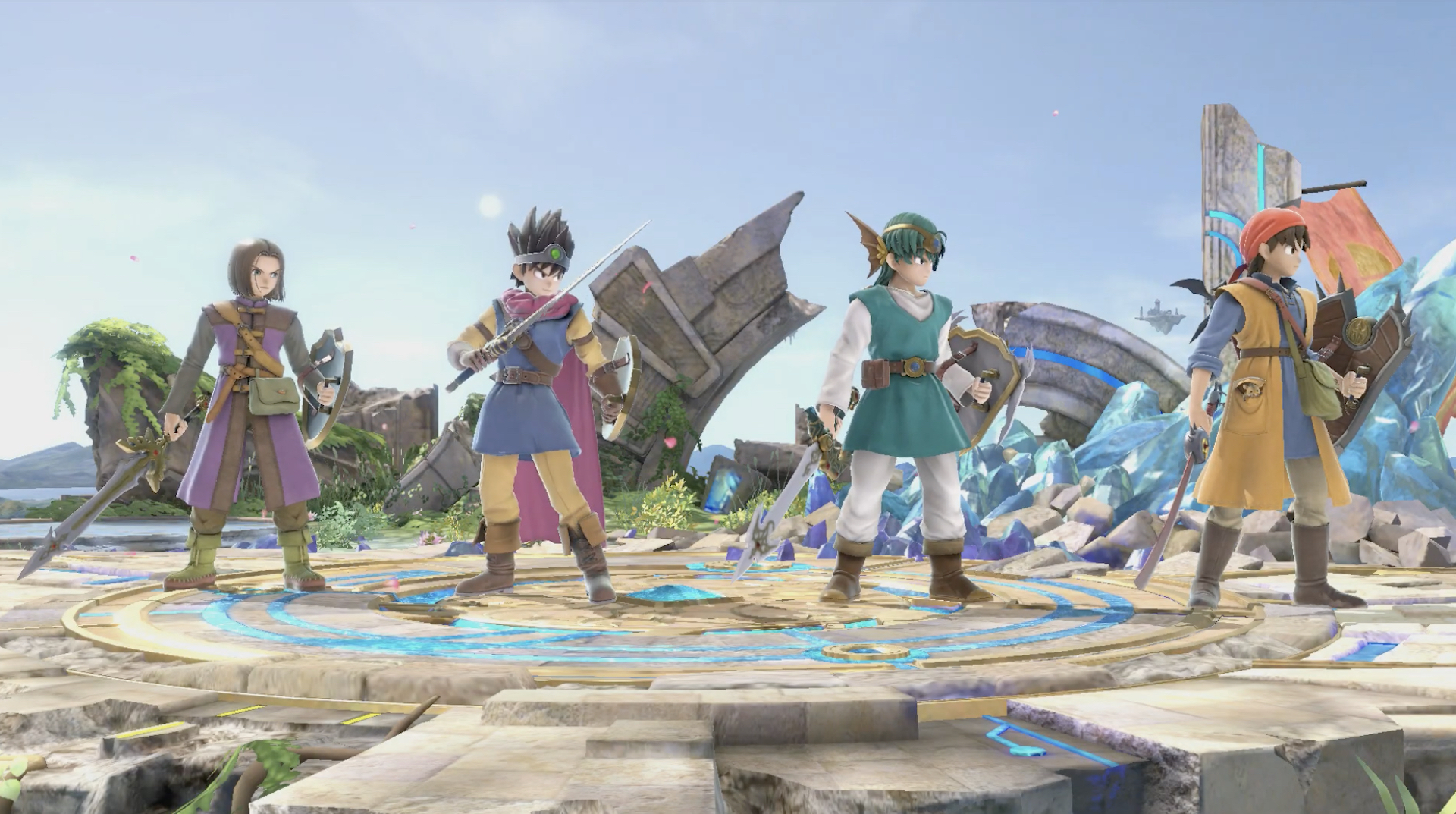 Nintendo have released a 20+ minutes-long video, as promised, in which Masahiro Sakurai – Super Smash Bros. Ultimate director and series creator – goes into extensive detail about the second Challenger Pack in the game’s expansions pass. Introducing the Hero from Dragon Quest in various forms, the DLC is out right now- download away, either as part of the $25 season pass, or individually for $5.99.

Protagonists from Dragon Quest 3, Dragon Quest 4, Dragon Quest 8, and Dragon Quest 11 are featured as playable characters- they’re all Echoes, which means they’re functionally the same (though each also has unique alternate looks). The video below takes a deep dive into how they fight and function, with spells, attacks, recoveries, and unique commands and abilities taking the Dragon Quest theme to heart.

The DLC also introduces a new stage- Yggdrasil’s Altar from Dragon Quest 11, which flies around Erdrea, showing various sights and locations in the background that fans of the game will recognize immediately. There’s even musical tracks from all four of the games represented included in the package (though Dragon Quest 11 S, of course, has the most representation in that respect). Four new Mii Fighter costumes have also been released. They’re all Dragon Quest-themed, and each costs $0.75. Finally, Dragon Quest Spirits have also been added to the game.

On top of that, Version 4.0.0 of the game is also out now, and that, too, brings some notable changes and additions. For starters, Final Smash meters now have time limits attached to them, and the meter keeps depleting as time passes, so you can’t just store that forever and let loose whenever you want. Additionally, a new “Very Easy” difficulty mode has been added to the World of Light campaign, and there’s also a new Spectate feature that lets you predict the winner in online matches (with correct predictions netting you with coins that you can use to purchase stuff), while there’s also a new Online Tourney mode.

You can take a look at the whole video for more details below. Super Smash Bros. Ultimate is available on the Nintendo Switch, and Challenger Pack 2, with all its Dragon Quest content, is out now, a day earlier than we had expected.