Cyberpunk 2077 Will Soon Receive its “Biggest Update” to Date [Update]

CD Projekt RED clarifies that the ad isn't for a new update but a "reminder of patch 1.2." Any news on future updates will be through official channels. 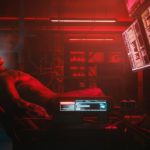 CDPR claims to be satisfied with Cyberpunk 2077's current state, but it's hard not to look at the game as a case of fallen standards. 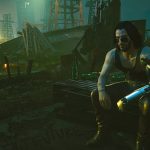 En route to the game's return on the PlayStation Store, CD Projekt RED offers another patch with crash fixes, optimizations, and more.

Cyberpunk 2077 was delisted from PSN a week after it released, and has been unavailable through the platform for more than six months.

CD Projekt's Adam Kiciński says the company's intends to "live up what we promised." A "large part" of the team is working to ensure the game "provides even better entertainment."

The Witcher 3 and Cyberpunk 2077 developer is also looking opportunities to acquire or merge with other developers to increase its production abilities.

Being unable to sell the game on the PlayStation Store is listed as being a major reason for the publisher's profit slump.

Cyberpunk 2077 is Getting a New Director

Former Cyberpunk co-director Adam Badowski will remain at CD Projekt Red but will focus on other projects. Gabriel Amatangelo will replace him.

CD Projekt Red has no update on when Cyberpunk 2077 will return to the PlayStation Store, reiterates that the final decision is Sony's.

Xbox One and PS5 players should also see improvements to optimization.

The Polish company has spent roughly $2.23 million on the game's refund program. 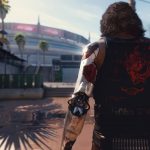 There is still no solid date for when those versions will come.