Godfall’s Side Missions Will Be “Combat-Based,” With No Fetch Quests

Don't stress having to collect 20 sheep.

You'll have to change it up depending on how you go at the game. 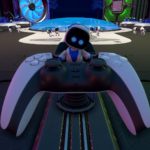 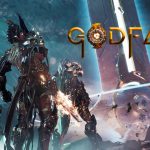 In spite of being playable solo, the game doesn't have an offline option.

A tale of two warriors is told in this epic cinematic.

Godfall’s Standard Edition Will Be Priced At $69.99 On PS5, Will Also Get Deluxe And Ascended Editions

The first next gen title we ever saw leads the $70 charge.

Godfall Has Gone Gold On PS5

The action game will be there at the system's launch.

Godfall Launches on November 12th for PC and PS5

The looter slasher will launch on the same day as the PS5.

Apparently, we're mentally on the PS5.

Godfall Reveals What Its PS5 Box Art Will Look Like

Get used to that new white and blue.