Ever since Rockstar revealed Grand Theft Auto 5, the gaming industry has gone crazy. GTA 5 has topped many a list, even here at GamingBolt, and it is no secret that it is at the top of all Anticipat... Read More

Grand Theft Auto 5 was announced some time ago, and ever since then, there've been a lot of leaks and rumours circulating the internet. Some new details have been leaked this time, and they look ver... Read More 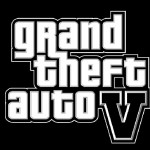 Dsogaming released a bunch of images which they claimed was the leaked GTA V map, but it turns out that it's fake. Like anyone thought otherwise. We have some forensic analysis on those images, whic... Read More

THQ not scared of GTA 5

THQ CEO, Brian Farell said that they aren't scared of the recent GTA V that was announced. They make Saints Row, which is like the older GTA games. The current GTA games have a more realistic tone. ... Read More

First GTA 5 Trailer Is Here And It is Amazing

Guess what the date is? 11-02-11. What's the significance of that date? Apart from Uncharted 3 being released in the EU? That's right! Gran Theft Auto V. The king of all videogames is here. Rockstar... Read More

Citing unnamed sources "familiar with the game," Kotaku are reporting that the recently announced GTA 5 will take place in a Rockstar style version of Los Angeles (a place which had already been mocke... Read More 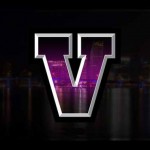 Well here comes another rumor, but this one is particularly something many of us might have been expecting giving it a little more ground. Gamespot apparently has said that “sources close to th... Read More

Famous industry analyst says Rockstar's Grand Theft Auto series will not be getting a mainstream canon sequel to their highly acclaimed Grand Theft Auto IV till 2012. This has come after speculations ... Read More