The Legend of Heroes: Trails from Zero Announcement Teased for Tomorrow

NIS America could be preparing to showcase new gameplay or announce a release date for the RPG, which is receiving an English release this Fall.

The new draw distance is even higher than Ultra and is meant for very-high end systems along with future-proofing the title.

All titles will receive English subtitles while The Legend of Nayuta and Trails Into Reverie will have English voice-overs as well.

As a strange Mist descends on Shin Mikado Academy, the player must manage the seven desires of their Ego and fight back against madness.

Adol's latest adventure finally has a release date for other platforms. 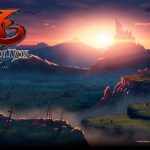 A top game in a perpetually underappreciated series. 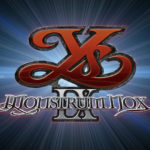 Ys 9: Monstrum Nox is Out in the West for PS4

Switch and PC versions will be coming later in the year.