Archive For No Goblin Tag 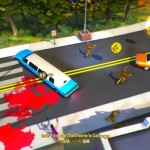 ‘Microsoft Nailing It With Recent Xbox One SDK Updates’ – Dev

No Goblin's co-founder also comments on the recent trend of remastered games.

It's not as simple as comparing technical numbers according to No Goblin's co-founder Dan Teasdale.