Not quite sure what to make of that.

Looks like Respawn are heavily pushing the single player campaign in Titanfall 2.

Nothing stops the Predator Cannon.

Titanfall 2 Trailer Invites You to Meet The Titans

Titanfall 2: No Lead Platform, 60FPS On All Systems, Final Resolution Not Decided Yet

'Titanfall runs its best at 60fps.'

Bounty Hunt, Amped Weapons and more have been changed. 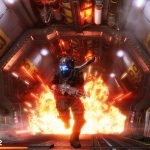 Bold statement? For sure.

Respawn discusses changes to be made to the final game.

Respawn explain the decision to move away from such an integral part of the original game's identity.

Titanfall 2 Is Being Treated Like A New IP- Developers

They dropped a titan on the first game's legacy.

Titanfall 2 PS4 vs Xbox One Graphics Comparison: Shaping Up To Be A Winner On Both Consoles

Our first look at Titanfall 2 on the PS4 and Xbox One. 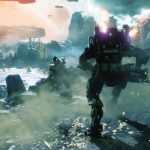 Pre-load the test now on Xbox One and PS4.

Respawn is currently focused on getting Titanfall 2 to run in stable 60 frames-per-second.

Could increase when new mode and map arrives.

It's later this week!