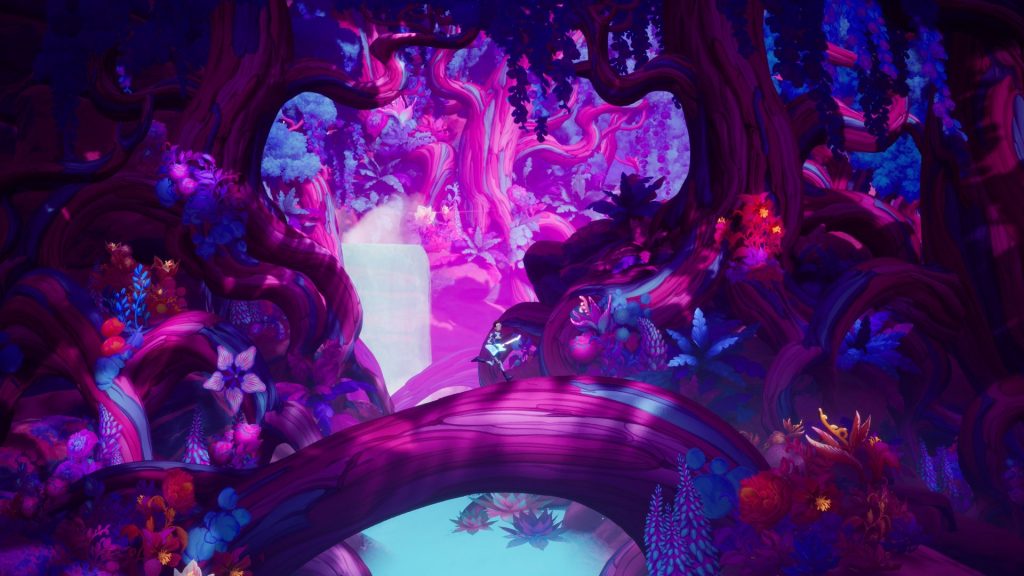 Beethoven and Dinosaur’s musical platformer The Artful Escape has been in development for a long time and faced its share of delays. However, it’s finally set to release on September 9th as announced by the developer and publisher Annapurna Interactive. A new trailer has also been released, showcasing the game’s trippy visuals and gameplay.

Francis Vendetti, nephew of legendary folk musician Johnson Vendetti, is the key focus in the story. A prodigy at his age, Francis is set to have his first live performance but sets out on a physical and spiritual journey the day before. He looks to discover himself and establish a musical identity that’s distinct from his deceased uncle.

Players will traverse through a range of distinct environments filled with memorable characters, from enormous alien beings to publicans and villagers. As you run and jump through the musical multiverse, the environments react to your movement, and Francis can use his LoudJacket to create arrangements of amplifiers and lasers.

The Artful Escape releases on September 9th for Xbox One, Xbox Series X/S and PC while also releasing on day one for Xbox Game Pass.