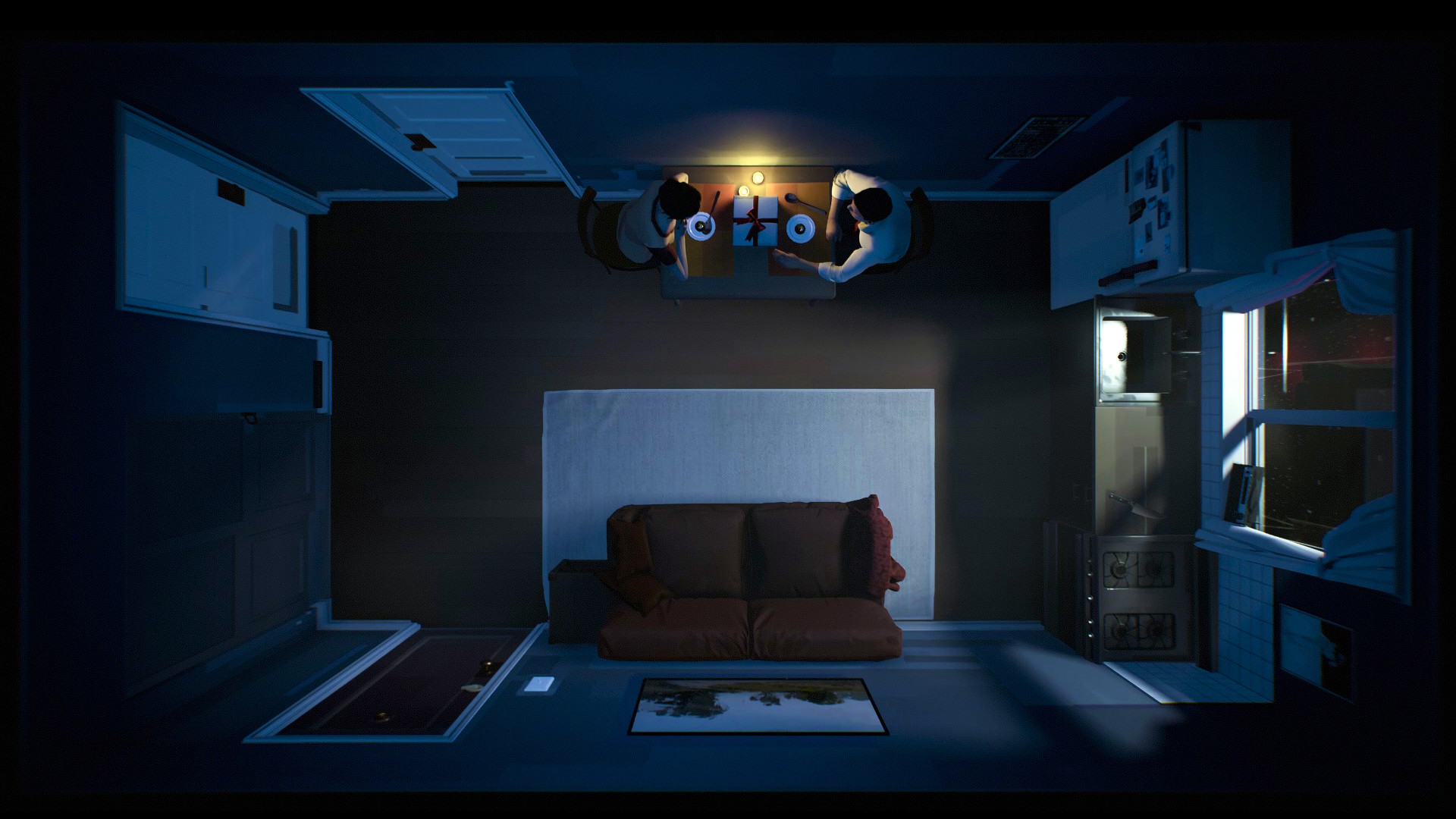 After the Steam page for Twelve Minutes indicated a 2021 release window, publisher Annapurna Interactive has now officially confirmed that it will launch next year. It also confirmed that two other titles, The Artful Escape and Last Stop, would release in 2021. This isn’t unexpected, especially with this year coming to a close and the lack of updates for each title. The publisher noted that the three titles would release “throughout the year” and that they were currently in the polishing phase.

Twelve Minutes is developed by Luis Antonio and concerns a man trapped in a time loop. With 12 minutes of in-game time available, the player must attempt to save the man’s wife and avoid death himself, all while being confined to a single apartment. It’s genuinely interesting and has a solid voice cast with the likes of James McAvoy, Daisy Ridley and Willem Dafoe involved.

Developed by Beethoven and Dinosaur, The Artful Escape is a musical platformer that’s been in development for several years. It was confirmed for Xbox One and Apple Arcade earlier this year, and sees singer Francis Vendetti exploring vivid mind-scapes while making peace with the legacy of his uncle, a renowned folk singer. As for Last Stop, it centers on John, Meena and Donna as they deal with a “supernatural crisis” through various minigames and dialogue interactions. Stay tuned for more details on each of the titles in the coming year.

some news: you may have seen a very broad 2020 release window for The Artful Escape, 12 Minutes,
and Last Stop in trailers or on store pages in the past

so it's almost December and the end of the year

we're looking at 2021 now as they all get closer to getting ready! 🙂

they've all come together throughout the year and it's pretty much polishing at this point! make sure to follow @12minutesgame, @VariableState, and @TheArtfulEscape too