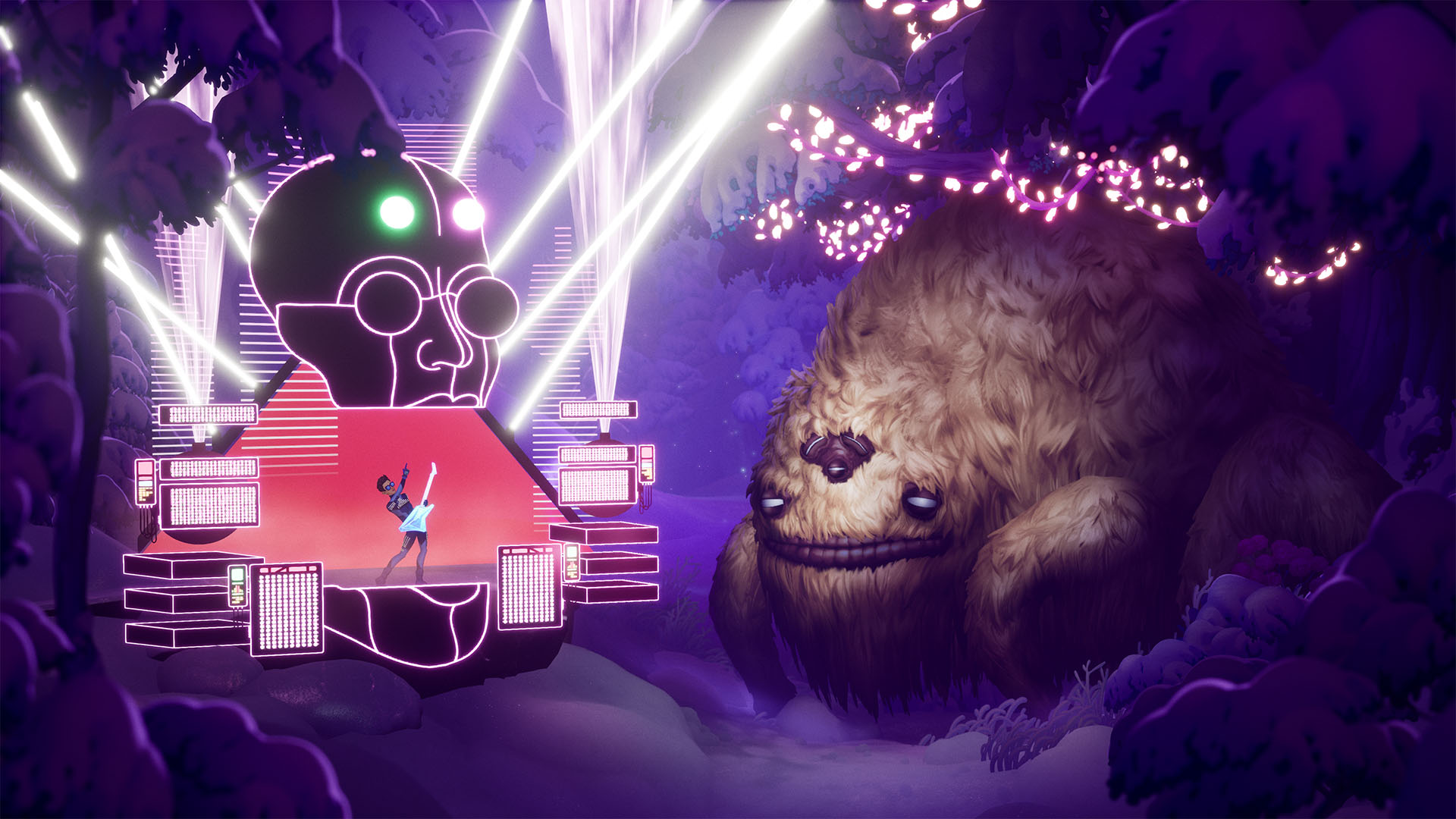 You might vaguely remember The Artful Escape, an indie platformer by Beethoven and Dinosaur that was about navigating a landscape of music seemingly brought to life. While it’s been rather quiet over the past few years, the title was re-revealed at X019. Check out the latest trailer (be warned: It’s still very trippy).

Not much has changed with the story. It’s still about Francis Vendetti, whose uncle was a legendary folk singer, and his struggles to reconcile with that legacy before his own performance. To do this, Francis will explore a myriad of strange landscapes within his mind for inspiration, rocking out the whole way through.

Along with Xbox One, The Artful Escape is also coming to Apple Arcade in 2020. It’s in line with other Annapurna Interactive titles like Sayonara Wild Hearts coming to Apple’s game service and should fit right in. Stay tuned for more details in the meantime and check out our interview with creator Johnny Galvatron here.