The Division 2 Guide: How to Unlock The Gunner Specialization

It's a long but worthwhile journey for the fourth Specialization. 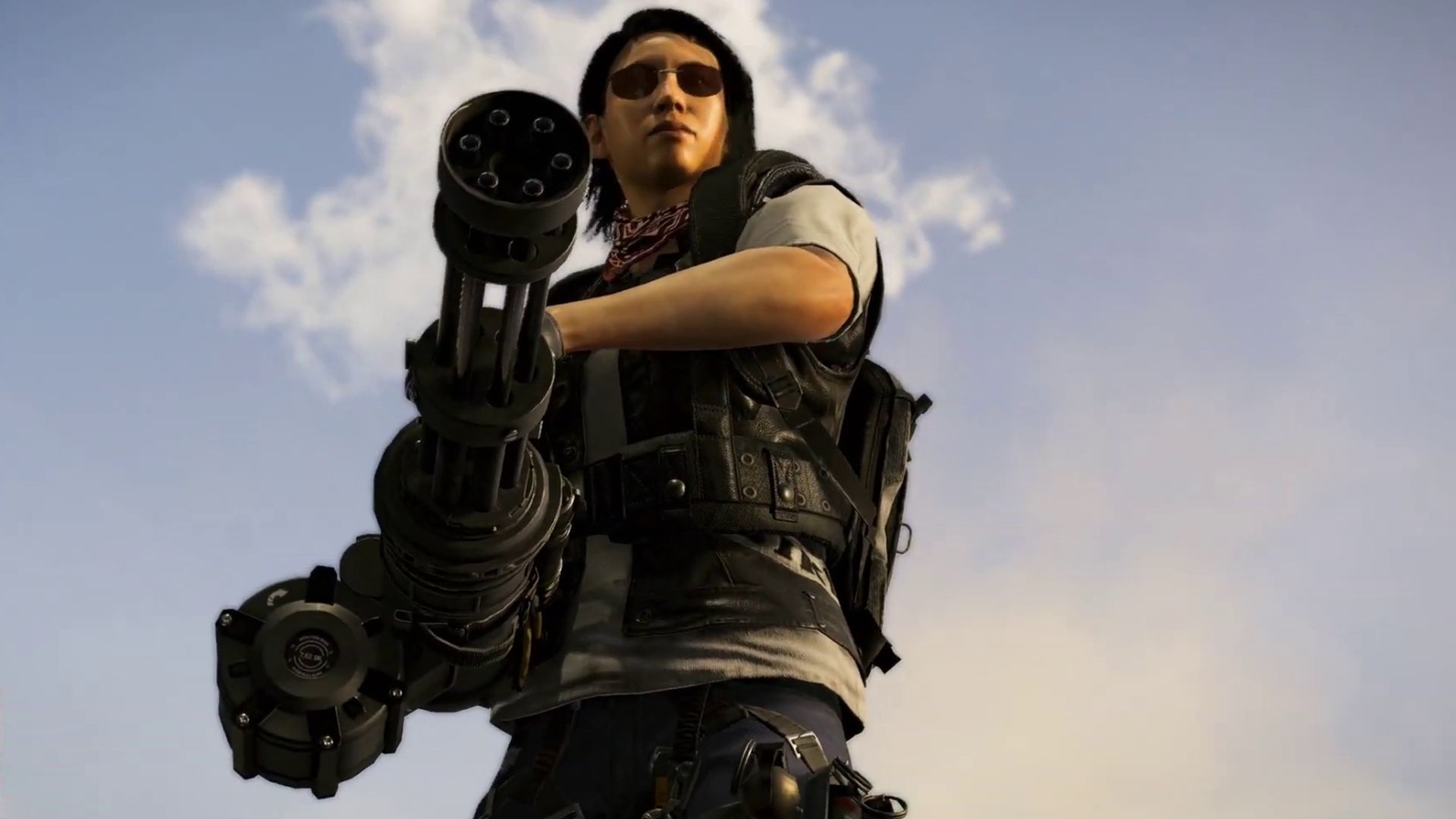 The Division 2’s fourth Specialization is available for both Year 1 Pass holders and regular players. The Gunner is pretty powerful – despite the inability to take cover or mantle over obstacles, you get to lug around a mini-gun to cut down foes. You even get some handy abilities to disorient foes out of cover. How do you about go about unlocking it though?

Year 1 Pass holders have the advantage of instantly unlocking the Gunner. Every one else needs to complete a long quest to unlock it. You can pick this up at the White House Base of Operations. The good news is that once the Gunner is unlocked on one character, the quest doesn’t have to be repeated on others. Also note that any required story missions should be done on Normal difficulty to make the process go faster.

First, equip the Sharpshooter Specialization and head to the Downtown West region. Capture all the Control Points. Even if you’ve captured them before switching to Sharpshooter, they must be captured again. Then, head over to the Bank Headquarters mission You need to inflict Shock on Roach twice before killing him. Look for some Shock ammo or equip a Shock ability to do so.

Once Roach is dead, head out, equip a Marksman Rifle and look for Public Execution missions. Clear five of them while only using the Marksman Rifle and nothing else. Now, head to the Grand Washington Hotel, kill enemies with a mounted gun turret. There’s a turret here by default so you can keep killing enemies, dying and then respawning to effectively farm this objective.

Second, it’s time to go Survivalist. Head to the Southwest region of the map and once again, capture all the Control Points. Even if they’ve been captured, you need to do it again. No complaining either. Your next objective is in the Air and Space Museum mission. There’s a named enemy called Kelly – he must be burned three times and then killed. It’s best to stick with Incendiary Ammo (which can be found past the Mars Exhibit) since Incendiary Grenades will likely kill him on the lower difficulties.

The next objective can be completely anywhere, including the Shooting Range, but you might as well do it in the Air and Space Museum. Equip the Foam Chem Launcher and shoot enemies with it. That’s pretty much it. Head outside afterwards, equip a Shotgun and complete five Propaganda Broadcast missions. Don’t use anything else, once again (and make sure to unequip the Chem Launcher just in case)

Third, you’re switching to the Demolitionist and going to the Downtown region. You know the drill – capture Control Points, even if they’ve been captured already. Now head to the ViewPoint Museum mission and break named enemy Wade’s helmet before killing him. The only thing that needs to be done is shooting his helmet to break it.

The next objective is about killing confused enemies. Head to Grand Washington Hotel and seek out Hyena Rushers – shoot their weak points to release green gas which will confuse them. Farm kills in this mission to complete the objective. Finally, equip a Submachine Gun and complete five Resource Convoy missions without using anything else..

Fourth, you won’t need any particular Specialization so equip your strongest. Head to the Capitol Stronghold mission, defeat General Ridgeway. You can’t use any Armor Kits during this mission but healing skills are all good. To properly steam-roll it, play on Normal and bring a full team.

Next, you’ll have to kill enemies with heavy weapons (like True Sons soldiers wielding LMGs and taking cover). Now, equip the Pulse skill, use it to highlight enemies and kill them while they’re highlighted. Finally, equip an Assault Rifle and complete five Territory Control missions without using anything else.

Fifth, you need to kill enemies in the open world with mounted guns. Simply head to a Control Point, man the mounted gun and you’re good to go. You can even die when reinforcements appear and keep farming kills at the same Control Point. Next, equip a Lightmachine Gun and complete five Control Point objectives. Don’t use anything else.

Now head to Roosevelt Island Stronghold and kill enemies with mounted weapons in the Roosevelt Island Stronghold. The best way to do this is to reach the “Rescue Angela Woods” part which has a turret. Kill all the enemies except for one and die. Then respawn and farm kills appropriately. Finally, there’s a boss called Basilisk that appears at the end. You need to shoot off all of his armour pieces (he has six) and then kill him. Play on Normal and use a Pistol to effectively shoot all the armour off. This will do enough damage while keeping Basilisk alive.

After completing all these steps, the Gunner Specialization will be unlocked to peruse. Happy hunting!