The King of Fighters 14 veterans arrive this Summer as part of the Fighter Pass. The last two characters will launch in Fall and Winter. 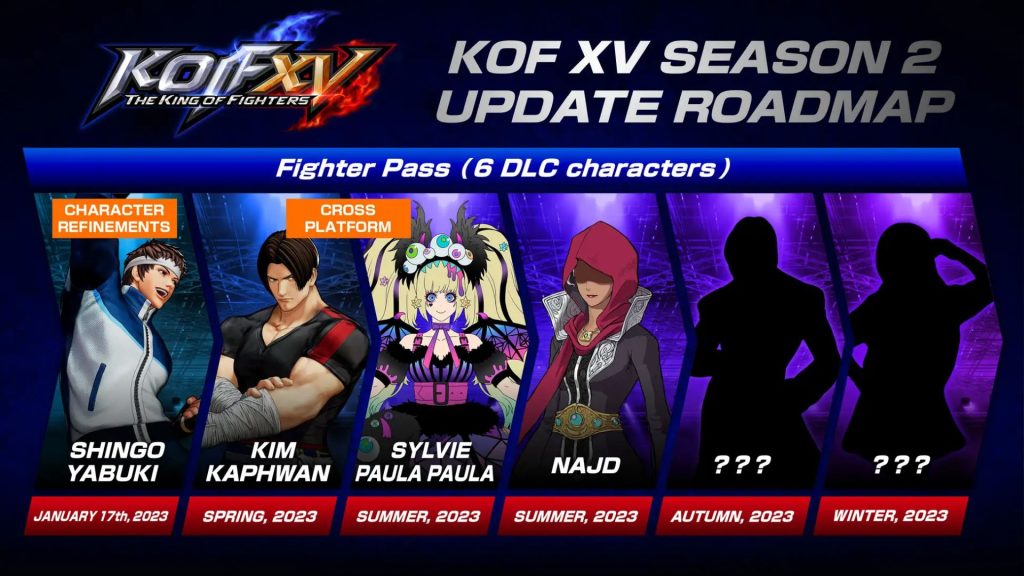 In addition to announcing a release date for Shingo Yabuki’s addition to The King of Fighters 15, SNK also outlined its Season 2 roadmap. As previously revealed, Kim Kaphwan will join the roster in Spring while the cross-platform open beta test also goes live. However, this Summer sees the addition of Sylvie Paula Paula and Najd.

The last two DLC characters arrive in Fall and Winter this year, though they’ve yet to be revealed. Sylvie debuted in The King of Fighters 14. Along with control over electricity, which is used to levitate herself, she can also play any instrument. Najd also debuted in the previous game, and though a college student by day, she acts as a vigilante at night.

Not only can she manipulate the shadows to assail an opponent, but Najd can ignore someone’s weight. This allows for lifting anyone, regardless of how heavy they are.

Stay tuned for more details on the new DLC characters in the coming months. In the meantime, check out our review of The King of Fighters 15 here. It’s available for Xbox Series X/S, PS4, PS5, and PC.