Naughty Dog co-presidengt Neil Druckmann says the project is "shaping up to be a fresh, new experience from" the studio. 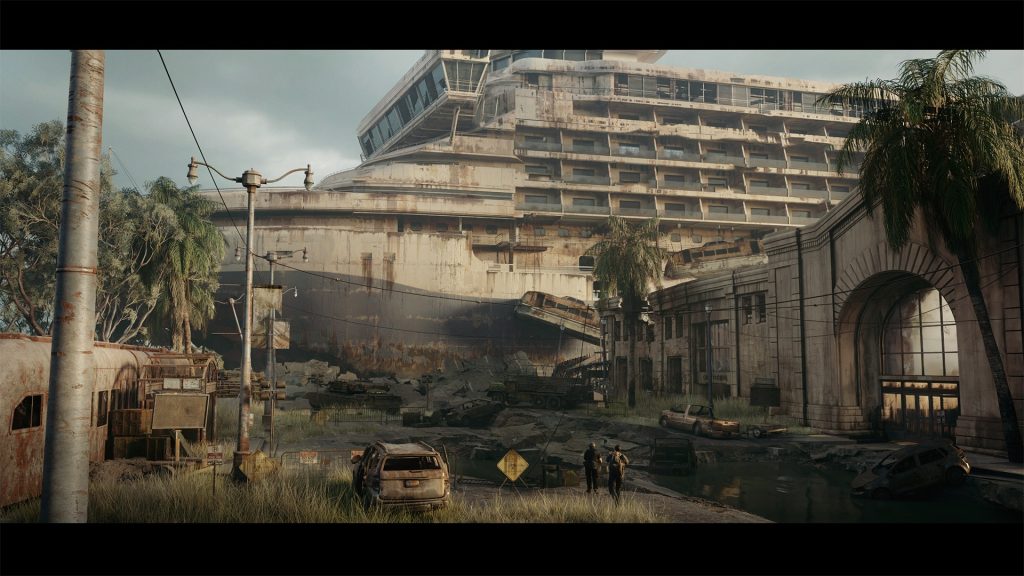 Naughty Dog has a lot of irons in the fire where The Last of Us is concerned, from the HBO adaptation premiering soon to The Last of Us Part 1 coming to PC in March. Of course, additional major projects are also currently underway- such as a standalone multiplayer project, which was formally confirmed to be in development a few months ago.

At the time, Naughty Dog showed off nothing more than a single piece of concept art. While it seems like the wait for a full unveiling of the title is still a little ways down the road, the developer has shared another new piece of concept art, which you can check out above. The new concept art showcases a dilapidated and overgrown environment with two characters looking on at a massive cruise ship that seems to have run aground.

Meanwhile, Naughty Dog co-president and The Last of Us co-creator Neil Druckmann has reiterated that new, concrete details on the multiplayer project will be revealed later this year, while also providing a very brief primer on the direction the game is taking.

“Later this year we will begin to offer you some details on our ambitious The Last of Us multiplayer game,” Druckmann writes. “With a team led by Vinit Agarwal, Joe Pettinati, and Anthony Newman, the project is shaping up to be a fresh, new experience from our studio, but one rooted in Naughty Dog’s passion for delivering incredible stories, characters, and gameplay.”

Naughty Dog has also announced that The Last of Us series has now collectively sold over 37 million units worldwide. Read more on that through here.