A promotion video may have let the looks of the in-game weapon upgrade UI slip.

Naughty Dog recently released a development and promotional video to celebrate International Woman’s Day 2019. The video was released to celebrate the women involved with the company that has been behind the critically acclaimed Uncharted and The Last of Us games, which the second game in the latter series hotly anticipated.

However, the video may have had something of a slip, and shown part of the game we haven’t seen yet.

Throughout the video we see women at various stations throughout the Santa Monica-based studio as they work on The Last of Us Part 2. While there didn’t seem to be anything of note, people did spot some interesting things through the codes and screen shown. One of the most notable was a potential look at the weapon upgrade which you can see highlighted from an eagle-eyed Reddit poster, which you can also view below. The screen in question seems to show an upgrade screen for weapons similar to the first game.

We we haven’t seen much in the way of the sequel’s upgrade and weapon systems and this could be our first, albeit unintentional, glimpse. The PlayStation 4 exclusive doesn’t have a release date yet, but various rumors are swirling that it could release this year, so hopefully we’ll see more soon. 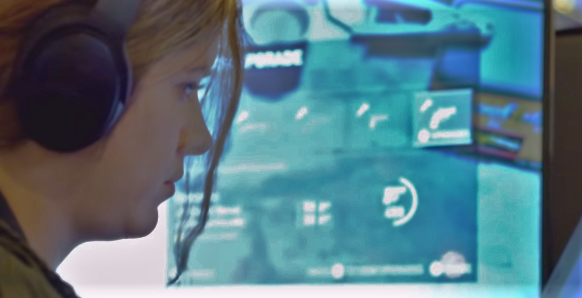