The Last of Us Part 2 Will Launch In 2019, As Per Former IGN Editor

Sony's juggernaut exclusive might be closer than we think. 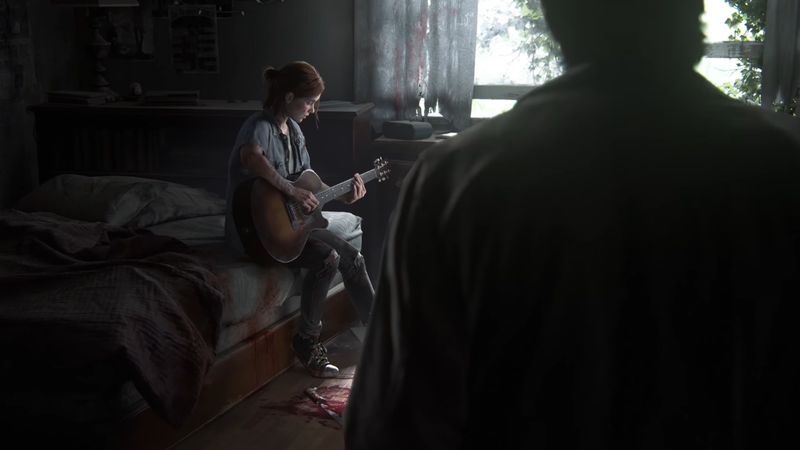 Sony’s got a handful of big hitting exclusives still primed for the PS4 in its twilight years, but it feels like the biggest of them have huge question marks over when exactly they will release. The Last of Us Part 2, of course, is a prime example of that- we’ve had very little indication from Naughty Dog and Sony about when the game might launch, and though there have been a few rumours here and there, there hasn’t been a lot of concrete information.

However, according to former IGN editor Alanah Pearce, who is currently working at Rooster Teeth, Naughty Dog’s upcoming sequel is scheduled to come out this year itself. While responding to fans over on Twitter, in tweets that have since been deleted, Pearce claimed that based on what she has heard from sources, The Last of Us Part 2 is due out in 2019.

Of course, as always, given that this doesn’t come through official channels or isn’t something that’s been confirmed, it’s best to take this with a grain of salt- but it sure is interesting. You can view screencaps of the tweets below (via Reddit). Recently, in a video montage that Sony put together for upcoming PS4 games, they, too, might have hinted at a 2019 release for the game- you be the judge. 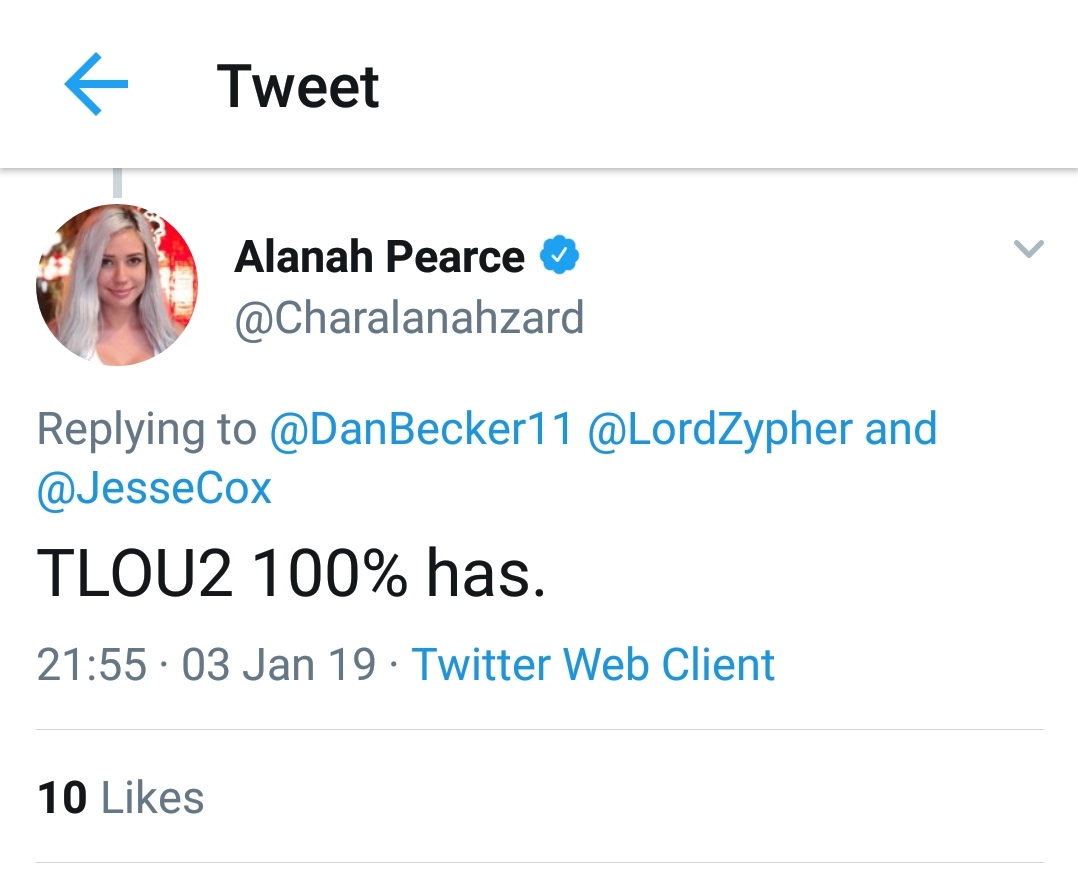 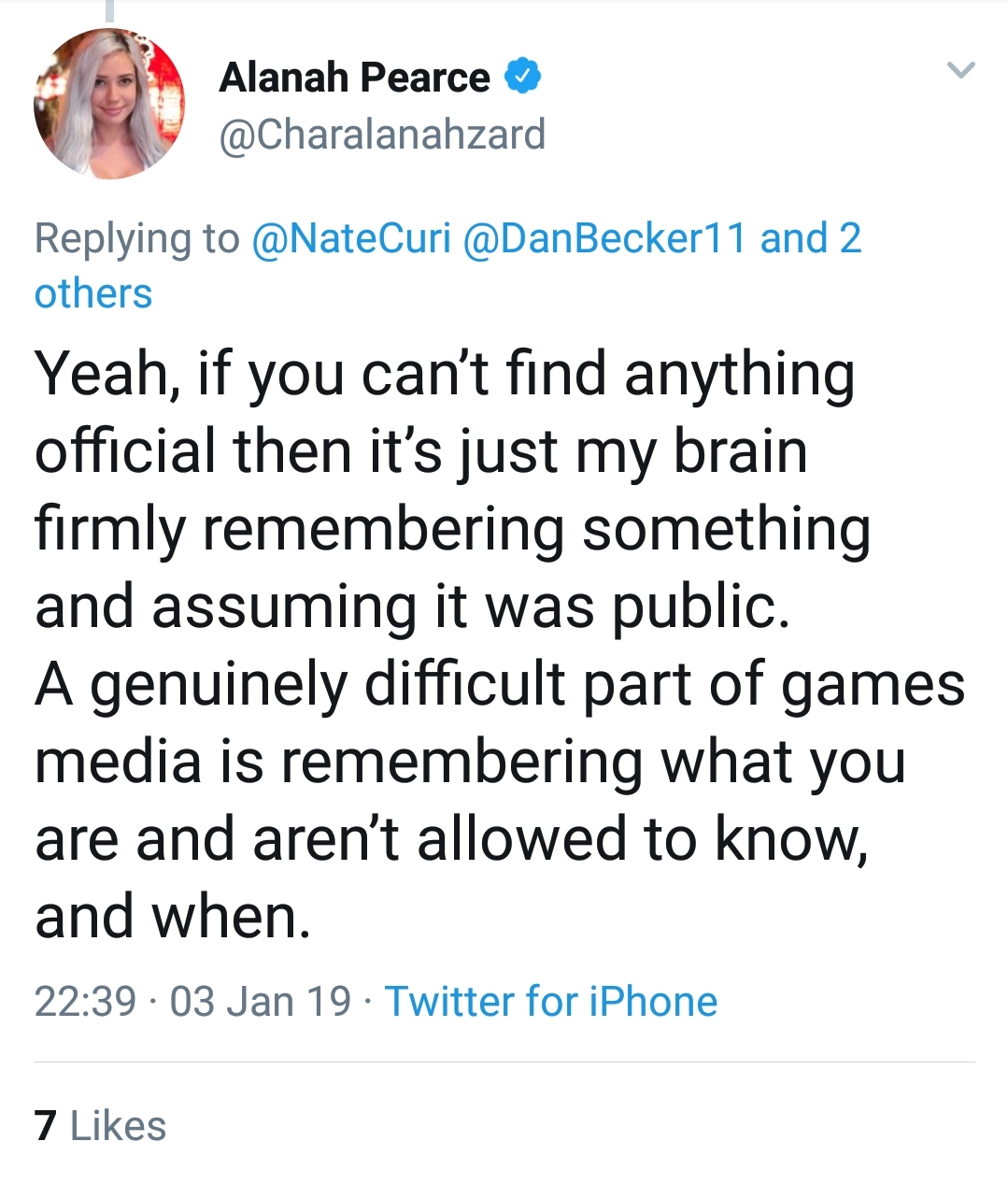 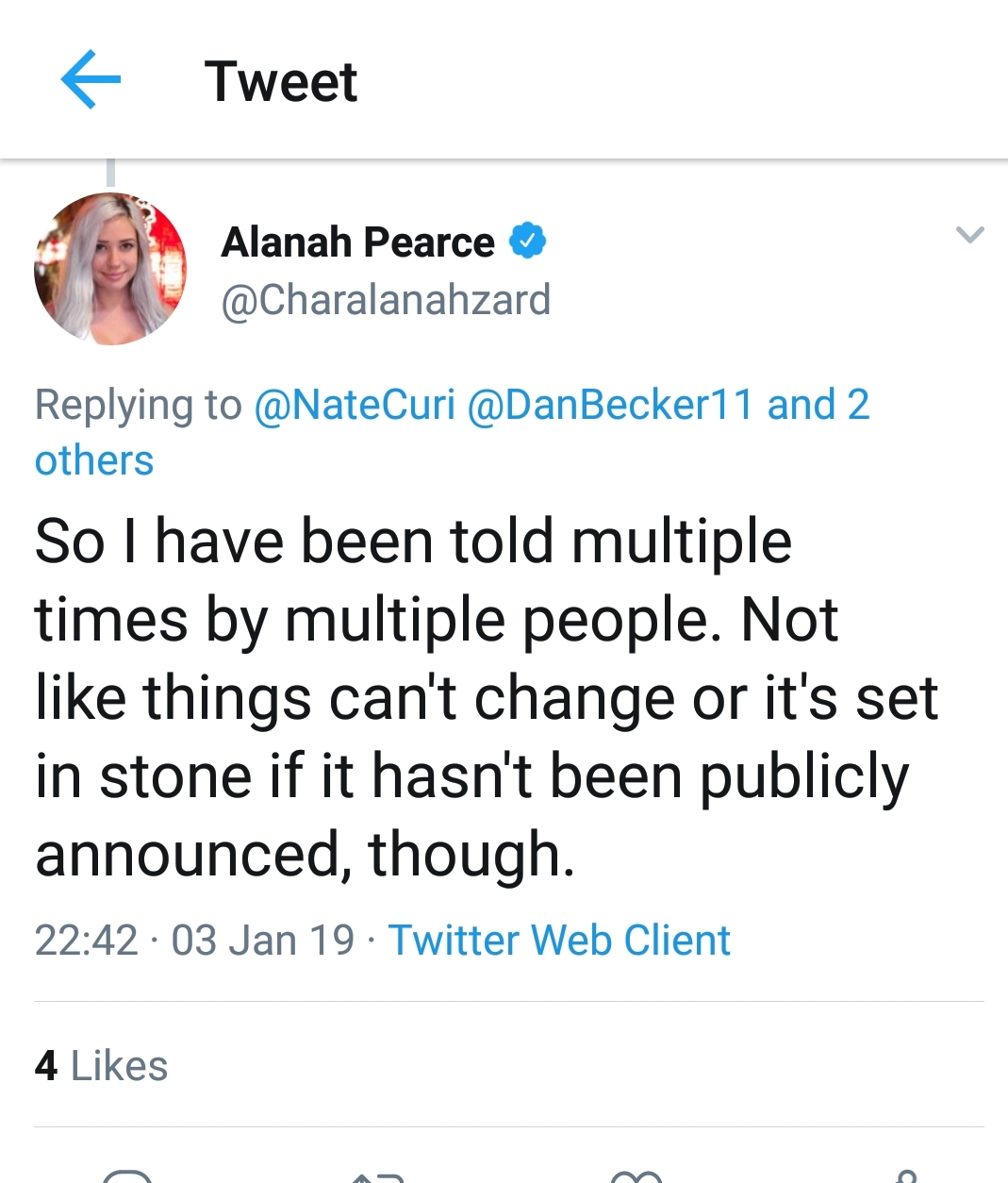