The Witcher 3 Hearts of Stone Interview: The Dawn of New Adventures

CD Projekt RED talks about its first major expansion for The Witcher 3.

We still haven’t forgotten about The Witcher 3: Wild Hunt despite the release of many top-tier titles this year and even more to come in the next few weeks. And how could we? CD Projekt RED’s massive action adventure is filled with memorable quests and characters, tense battles, vibrant settings and tons of secrets to explore (despite the bugs that cropped up in between). Hearts of Stone, the game’s first expansion, will debut a brand new adventure for Geralt with a new love interest, new allies and enemies, new bosses and tons more to look forward to when it releases on October 13th.

GamingBolt spoke to senior gameplay designer Marcin Janiszewski about the various elements of Hearts of Stone and some of the cooler things we can look forward to, like the Runeword system. It’s also possible that the expansion extends beyond the marketed 10 hours. 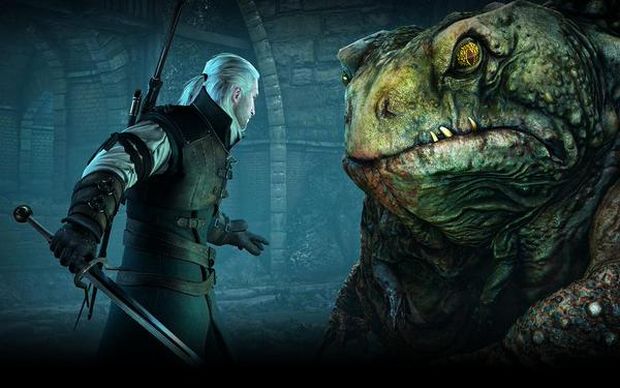 "We’ve extended the world a bit and added a lot of stuff here and there, but HoS is mainly about the plot, the characters, and Geralt’s deal with Master Mirror."

The Witcher 3’s Hearts of Stone expansion is nearly upon us. Though it’s estimated to have 10 hours of gameplay, there is the feeling that this could be more, especially given how big the base game ended up being. What are your thoughts on its current value to the consumer?

Marcin Janiszewski: As for the size of the game, I think that we always subconsciously decide to communicate the more conservative number. In the case of Wild Hunt, early on in development there was a time we were a bit afraid that 100 hours would be stretching it… and half a year before launch we knew we had way more. I think it’s similar with Hearts of Stone. It’s a solid 10 hours of new adventures, but you can extend that way more if you set out to explore and, again, get lost in Geralt’s world.

The world of the Witcher 3 is massive in its scope and scale but also in the number of secrets it holds. Given that Hearts of Stone takes place in some pre-existing areas, what have you done to liven them up and make the environments feel new again for players?

Marcin Janiszewski: We’ve extended the world a bit and added a lot of stuff here and there, but HoS is mainly about the plot, the characters, and Geralt’s deal with Master Mirror. I think the Bloody Baron quest is a good benchmark — you get so involved with the characters and action so that the world itself starts playing a complementary role. However, we’ll add a completely new region in the second expansion — Blood and Wine. But that’s next year, so we’ll have a chance to talk about that in detail in the future.

Will there be a number of side quests and dynamic events to explore in Hearts of Stone? And is there any new kind of quest that we haven’t seen before?

Marcin Janiszewski: Yeah, we’ve added new side-quests in Hearts of Stone, too, but I can’t give you any details — wouldn’t want to spoil the experience for you.

The Witcher 3 is one of the greatest games ever made, especially from a story-telling and side quest point of view. However, there were criticisms about the similarity of some quests. How are you working to improve this in Hearts of Stone?

Marcin Janiszewski: Thank you for the kind words! Not sure how I can relate to the criticisms, because, in all honesty, I’ve heard many things about the side-quests, but nothing about them being too similar to each other. If, however, some gamers think that some quests have been too similar to each other in Wild Hunt, HoS is a bit different in this regard as it mainly focuses on its own main story arc. Side-quests are a bonus here, it’s the rollercoaster ride with Olgierd that’s the main dish. And that’s unlike anything previously seen in The Witcher.

"We’re introducing new enemies, and I’m particularly proud of some of the boss fights that we’ve designed, but, in all honesty, this is something I’d like the players see for themselves."

We’ve heard about Runewords and we just have to know what they are. How much do they effectively change up gameplay?

Marcin Janiszewski: Runewords can significantly affect your character build, if you decide to experiment. For example, you can grab one that increases your health regeneration when you build up enough adrenaline, or a one which will deflect any arrow, so you no longer need to worry about archers sniping you from a distance. For people who like to custom-build Geralt’s skill set, especially on the higher difficulty levels, this element of HoS is going to be a blast. At least I hope so!

Will the choices made in Hearts of Stone have an impact on future stories (or even the main story) in The Witcher 3? What kind of romance options, if any, can be expected?

Marcin Janiszewski: What I can say at this point in time that Hearts of Stone is a standalone story that does not impact the main story arc of Wild Hunt. As for the romance option, I’m sure players familiar to the franchise will instantly recognize Shani, the medic from the first installment of The Witcher. If you’re new to the franchise, you’re in for a real treat — she’s an amazing character!

Can players look forward to new Witcher gear and weapons via new Scavenger Hunts in Hearts of Stone?

Marcin Janiszewski: We have some additional items prepared in Hearts of Stone. Expect a cool treasure hunt!

For that matter, what kind of new enemies will we encounter? How will they challenge players to think differently from previous battles?

Marcin Janiszewski: We’re introducing new enemies, and I’m particularly proud of some of the boss fights that we’ve designed, but, in all honesty, this is something I’d like the players see for themselves.