That 32 GB cart is all you'll need if you go physical.

As unlikely as it may seem to be, The Witcher 3: Wild Hunt is coming to the Switch later this year. We already know a few things about the port. On the good side, it’ll have all the content from the Game of the Year Edition release, including the acclaimed DLC expansions. On the less good side, the game is going to have to have some serious concessions to run on the machine. But either way, it’s still coming, and those that are still buying physical get some more good news today, as you won’t have to worry about excessive downloads and will get some extras.

We already knew the game was going to be on a 32 GB cart, but considering the size of the game it wouldn’t be completely unexpected to assume you’d need an additional download for the full experience (that’s happened with a lot of big game downports to the Switch). But it seems that 32 GB will be put to the best use, however, as there will be no required extra download. Along with that, physical owners of the game will also get stickers, a map, and a compendium. You can see the list below.

The Witcher 3: Complete Edition will release some time this year for Nintendo Switch. It is available now on PlayStation 4, Xbox One, and PC. 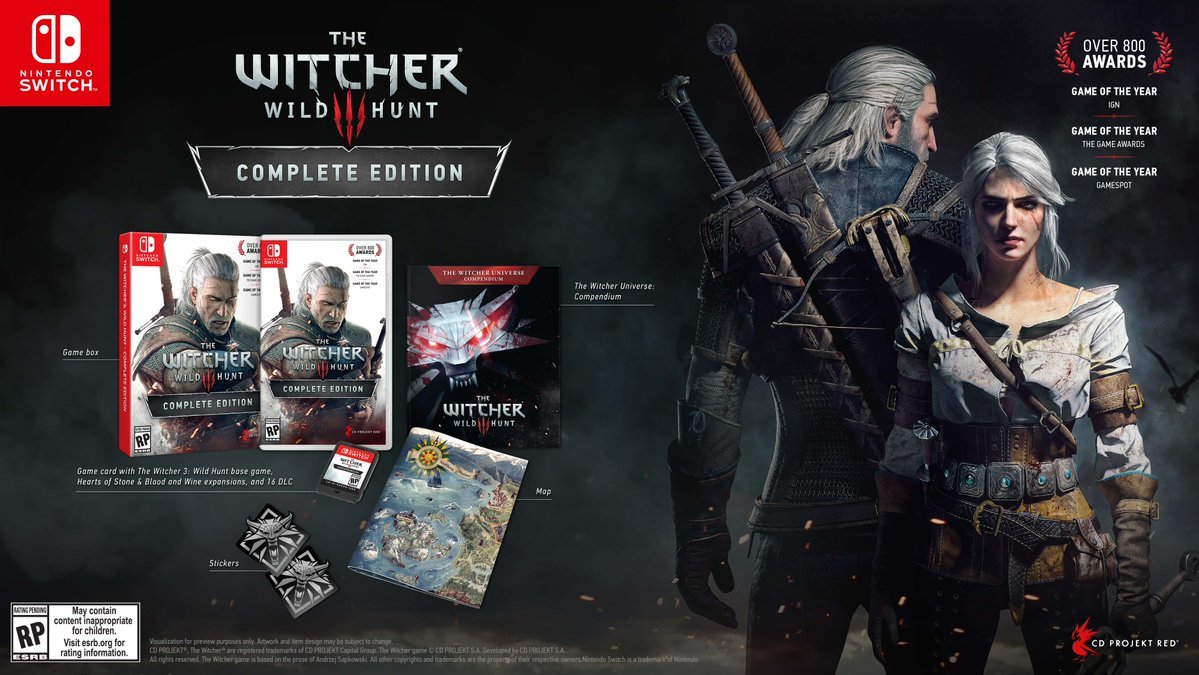