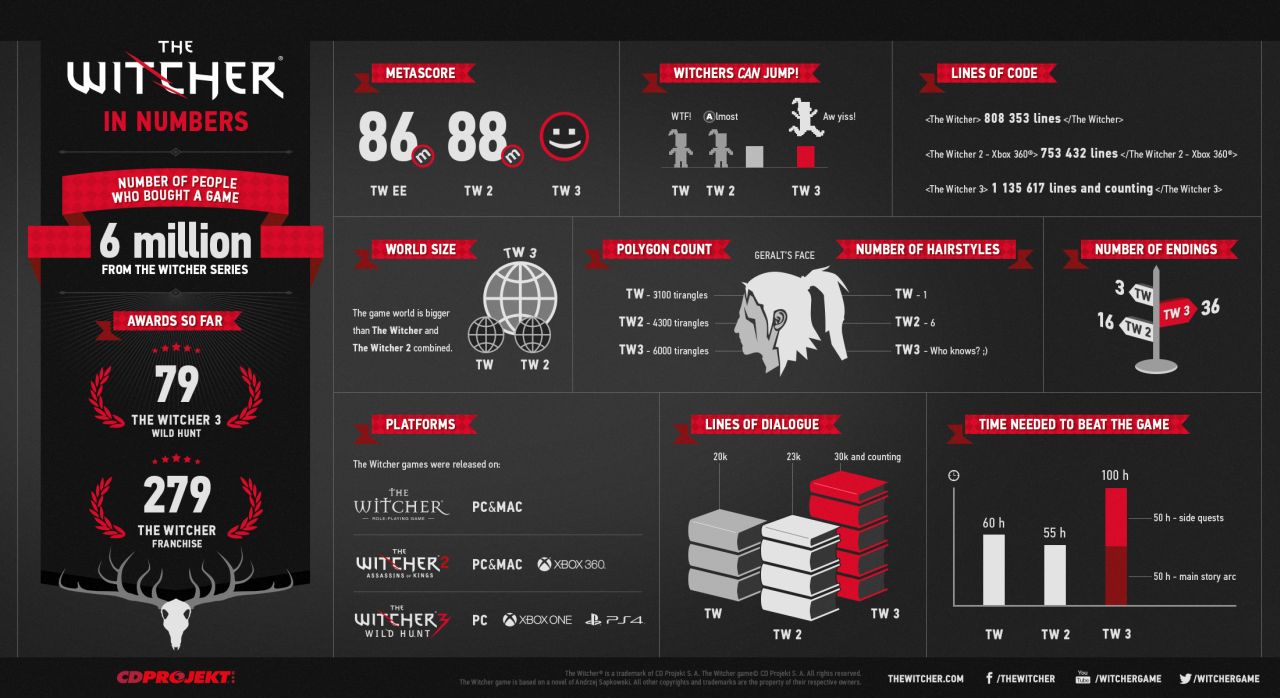 The Witcher series has sold 6 million copies since release, as announced by CD Projekt RED today. In celebration of The Witcher franchise’s birthday – the first game having launched six years ago – the developer has released a new infographic which showcases some interesting details about the games and how the previous two titles compare to the upcoming The Witcher 3: Wild Hunt.

Adam Badowski, Head of Studio, CD Projekt RED stated that, “CD Projekt RED was built on the idea that giving gamers more is always worth it. Since the very beginning of our journey we have seen that the approach of inviting gamers into a dialogue with the developer is really important and can shake up the – sometimes self-destructive – business side of games. We hope you’ll stay with us for the years to come and that we will continue to make these changes together.”

The Witcher 3: Wild Hunt is scheduled to release next year and will be launching simultaneously on Xbox One, PS4 and PC for the first time in the series.