Standard Style is the default set-up, while Simple Style only requires one button. Pair Style allows for two-player co-op on the same screen. 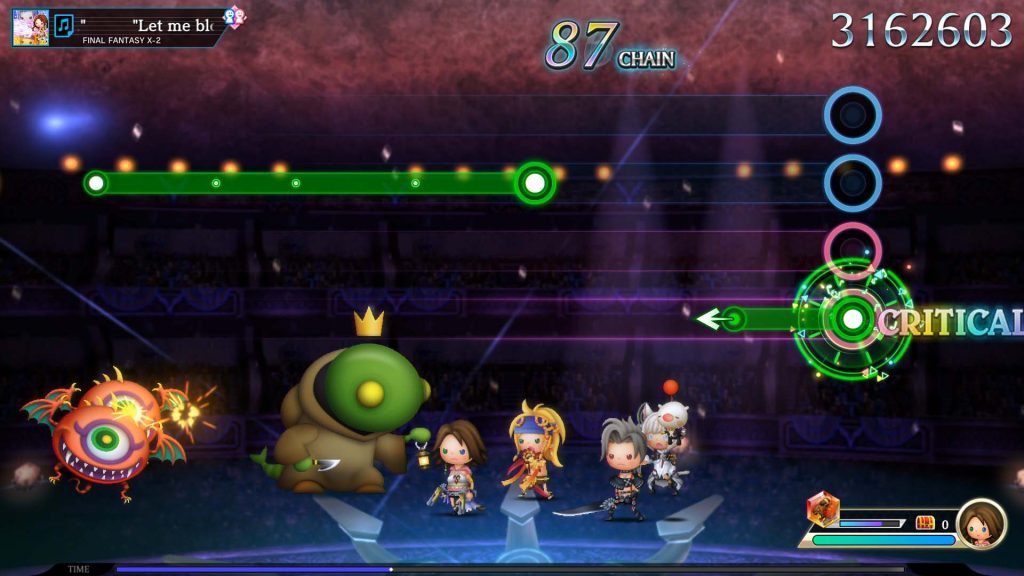 The Music Stages allow for freely playing any unlocked track. Tracks can be sorted by name, series and other filters. Styles will be familiar to fans of the series (or even Kingdom Hearts: Melody of Memory). There’s Standard Style which is the default control set-up.

Simple Style, as the name denotes, simplifies inputs to a single button. There’s no word yet on whether there’s a Performer Style for maximum challenge. ProfiCards are available for checking gameplay records and can be customized with different icons and designs. ProfiCards can be swapped with other players after Multi Battles and even contain a summonstone.

Finally, some new characters are confirmed for the roster. They include:

Theatrhythm: Final Bar Line is out on February 16th, 2023, for PS4 and Nintendo Switch. Stay tuned for more details en route to release.