TMNT: Shredder’s Revenge is Now Available on iOS and Android for Netflix Subscribers 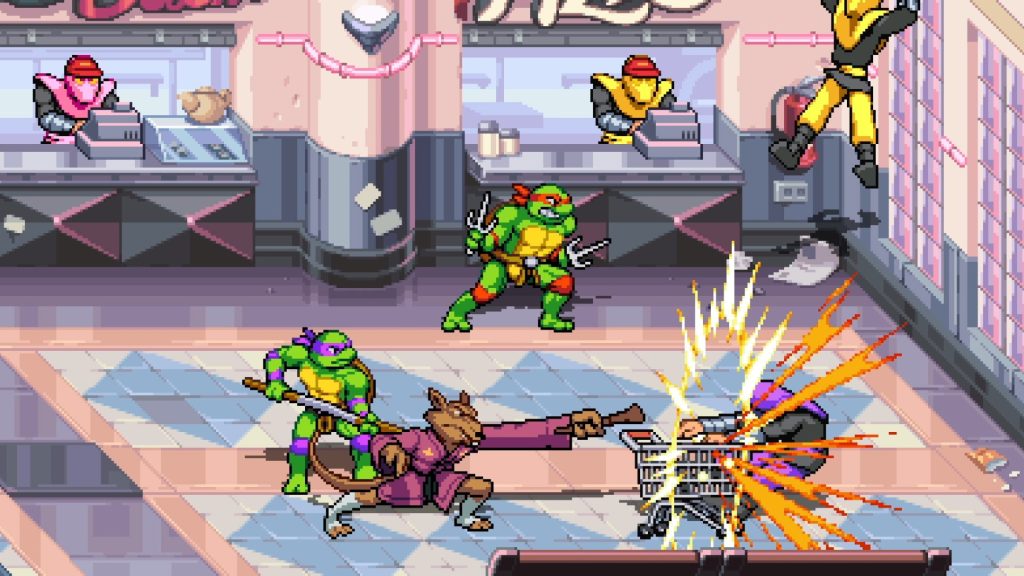 Teenage Mutant Ninja Turtles games used to be some of the best beat ’em up titles around back in their day, and last year, the series made its long-awaited comeback to the space with the widely acclaimed TMNT: Shredder’s Revenge. Having been able for PC and consoles for several months now, the game has also made its way over to mobile platforms.

That’s right, Teenage Mutant Ninja Turtles: Shredder’s Revenge has launched for iOS and Android – though there is a catch. Though the game can be found on the App Store and Play Store respectively, it is only accessible to those who have an active Netflix subscription. The game can also be accessed directly through the Netflix app.

In our review of the game, we awarded it a score of 9/10, saying, “TMNT: Shredder’s Revenge is simultaneously an excellent throwback to the classic Turtles beat ’em ups and a solid new modern brawler in its own right.” Read the full review through here.

Last month, the game added a custom Arcade Mode with a free update, though there’s been no official word yet on whether full-fledged DLC is also in the works. Back in June, developer Tribute Games said that it would consider working on DLC based on the game’s reception and feedback from fans.

Kick it with Leonardo, Donatello, Michelangelo, and Raphael in this '80s-inspired mobile game where the Teenage Mutant Ninja Turtles have to foil Shredder and Krang's latest twisted plan. Download now: https://t.co/7eXdG9P9Jd pic.twitter.com/bboPeZ9qHO