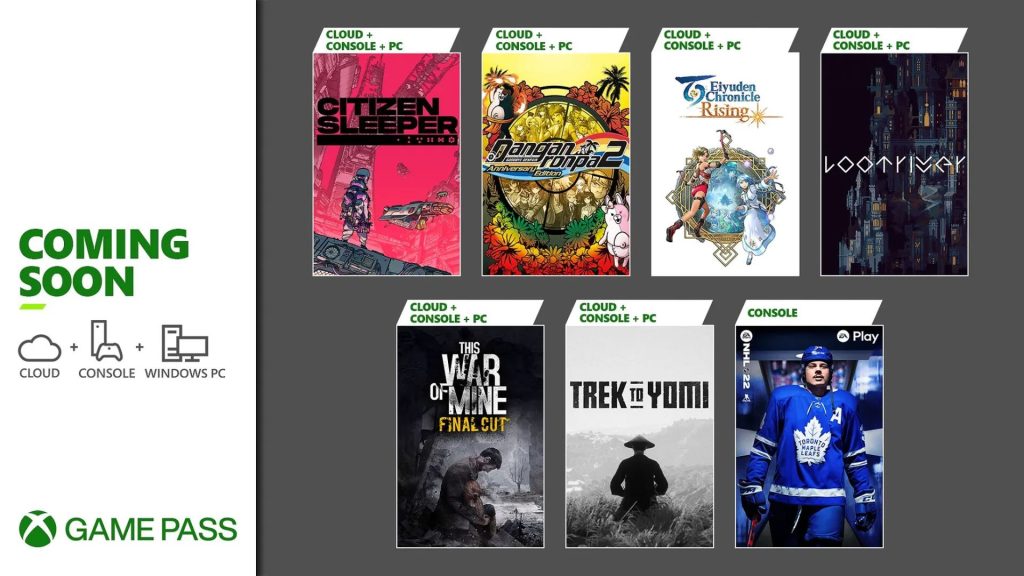 Microsoft has revealed the first wave of Game Pass titles for May 2022, starting with straka.studio’s Loot River for Xbox consoles, PC and cloud. It offers procedurally generated dungeons, rogue-like combat and puzzle-like block-shifting. On May 5th, Flying Wild Hog’s Trek to Yomi will be available for consoles, PC and cloud along with narrative-driven RPG Citizen Sleeper.

Danganronpa 2: Goodbye Despair Anniversary Edition arrives on May 10th for consoles, PC and cloud with native touch controls enabled for those gaming on mobile. Side-scrolling action RPG Eiyuden Chronicle: Rising is out on the same day along with This War of Mine: Final Cut, the latter being remastered for Xbox Series X/S.

NHL 22 is available on May 12th via EA Play on consoles to close out the first wave of Game Pass titles this month. There are also a few games that will be leaving, starting with Grand Theft Auto: San Andreas – The Definitive Edition on May 10th. Check out the rest of the titles that exit the service on May 15th: