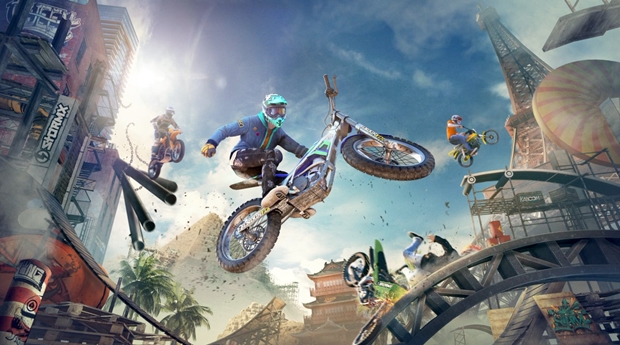 After the futuristic Trials Fusion and fairly terrible Trials of the Blood Dragon, RedLynx showcased a return to form with Trials Rising at E3 2018. Along with a more contemporary art-style, the focus remains squarely on strong tracks that increase progressively in difficulty.

In a recent gameplay preview with PlayStation Live at E3, Ubisoft revealed even more footage, displaying some of the intriguing tracks that can be expected. Racing in a carnival at night, hitting lifts and narrowly dodging rollercoasters is all in a day’s work. We also get to hear about RedLynx’s initial outreach to the community which is extensively assisting in designing Trials Rising.

Trials Rising will still have a core single-player campaign to race through but there will still be multiplayer to enjoy. Local multiplayer, including four player couch co-op, is confirmed so you can still party with friends at home. More information will be released in the coming months but for now, Trials Rising will be out on Xbox One, PS4 and PC in February 2019. It will also be the first title in the series to release for Nintendo Switch.