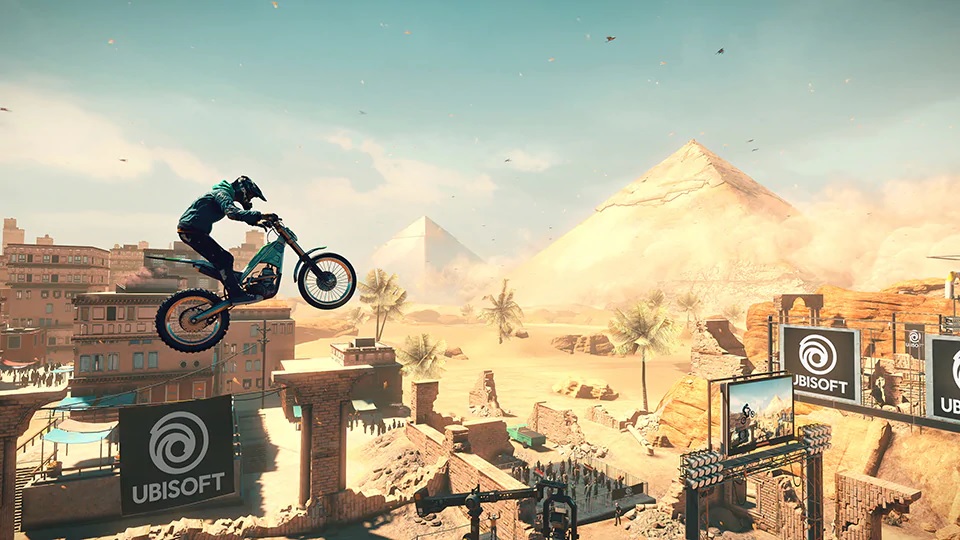 Ubisoft has been supporting a number of games after launch, and RedLynx’s Trials Rising will be no exception. Releasing later this month, the physics-based 2.5D racing game will have an Expansion Pass with two packs’ worth of content. There will also be Seasons with new cosmetics, stickers, and much more to come.

In a new video, producer Mikko Lindholm breaks down the content that will be coming. The first expansion is Sixty Six, which takes players through a number of tracks across the United States. It will also feature new Contracts and customization items. Crash and Sunburn is the second expansion and takes place in Southern Hemisphere countries, with several new tracks, Contracts, and two new bikes promised.

Seasons will provide players with a competitive ladder and ranks to earn. New tracks and bikes will also be released each season. There will also be a Track Editor with 8,000 objects for creating custom levels, which can then be shared with other players. While there aren’t any release dates yet for Seasons or expansions, we’ll likely learn more after Trials Rising is out on February 26th for Xbox One, PS4, Nintendo Switch, and PC.