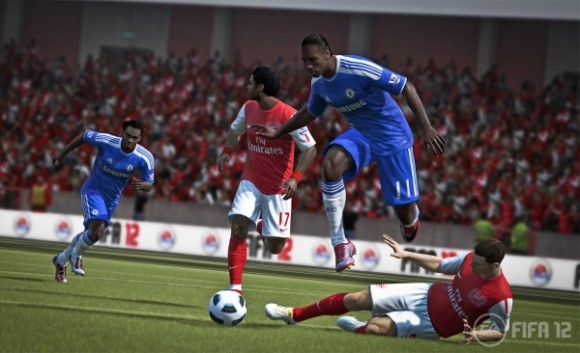 Wow. FIFA 12, it seems, is selling like hot cakes. Not only did it top the all-formats, Xbox 360, PS3, PSP and 3DS and GAME charts, becoming the third biggest launch for a video game in UK while doing so, it has also topped the PC charts.

The Sims series is going strong as always, with The Sims 3 and The Sims 3: Generations making for the next two spots, and The Sims: Medieval coming in at No. 7. The Sims 3: Late Night claimed the 10th spot.

The “other” football game, Football Manager 2012, also permformed strongly, claiming the 8th position. Deus Ex: Human Revolution is at 4, Warhammer 40K: Space Marine at 5, and F1 2011 has dropped straight to No.9.

A Game of Thrones: Genesis has made an impressive debut, becoming the 6th highest selling PC game in UK for the week.

The full top 10 for the week ending October 1 is as follows: