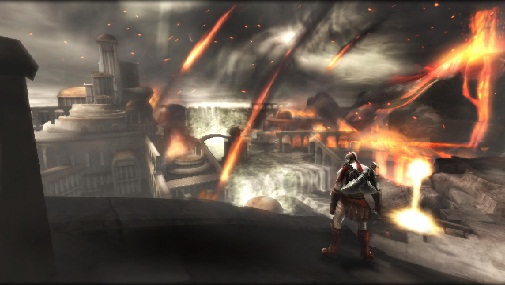 With announcements of Assassin’s Creed and Deus Ex: Human Revolution being made into films, it should come as no surprise that Sony Computer Entertainment’s God of War is also being pushed forward.

However, Universal and Atlas Entertainment have employed Patrick Melton and Marcus Dunstan for the project. The duo is most famous for scripting the first four Saw movies, along with recently completing work on Guillermo del Toro’s Pacific Rim.

Are they exactly fit for the project? Hard to say, but when you consider their horror pedigree, they seem the most logical choice for the more gruesome bits pervading God of War. Plot and characterization, though, is a different matter.

They’ve been brought on to expand on executive producer David Self’s initial script for the film. The film may not see release until as far as 2014, or more. Count your blessings till then and pray they don’t somehow reveal Kratos to be in cahoots with Jigsaw all along.