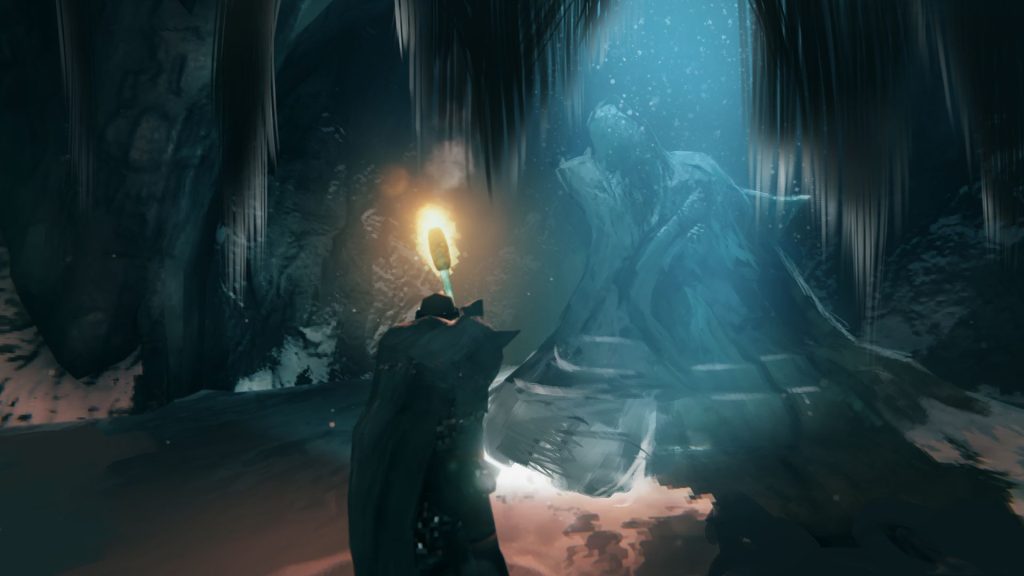 Iron Gate Studios released its first major update for Valheim in September with Hearth and Home. Balancing and bug fixes are still incoming but in the meantime, the developer is looking towards the next major update. This will add the Mistlands biome, a completely new region for players to explore.

In a new Steam post, the developer discussed how studio co-founder Richard Svensson was experimenting with terrain and textures for the biome (see the tweet in question below). This isn’t the final version though and it’s possible that the landscape changes “quite a bit” before the developer can figure out the Mistlands’ appearance. As for what it could mean for players’ current worlds, it’s still “too early to say.”

To help the wait between big updates, Iron Gate is looking at smaller changes and updates in the meantime. It’s currently working on “something” for the Mountains biome. Judging by the concept art provided, it appears to be a cave that players can explore. Again, this isn’t the final version and how it looks remains to be seen but the art should convey the “general feeling” that the team is going for.

Valheim is currently available for PC via Steam Early Access. It’s expected to remain in early access for the coming year so stay tuned for more details.