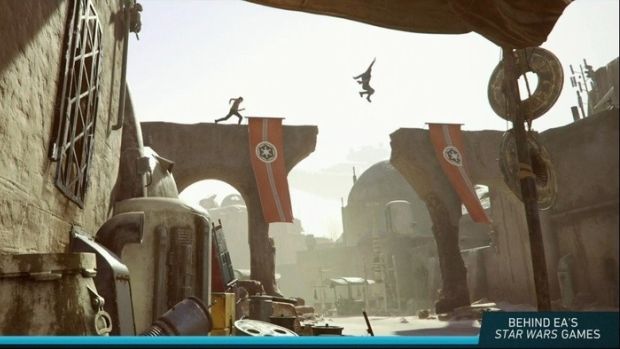 The shutdown of Visceral Games by EA has caused a lot of commotion recently. Many have speculated that this is a sign that single-player games are no longer seen as profitable by large corporations. Kotaku has now written  a piece exploring the many complications that the studio faced in trying to realize its ambitions with its project titled ‘Ragtag’. The game’s story would be set between the events of Episode IV and Episode V of the Star Wars movie series.

The story reveals that the reasons leading to the shutdown were multifold such as ambitions that were too large for the budget, a lack of resources, difficulty with the Frostbite engine, and much more.

For their part, EA has denied that they killed the ‘Ragtag’ project because it was a single-player game. Vice President Patrick Soderlund stated, “This truly isn’t about the death of single-player games—I love single-player, by the way—or story and character-driven games.”

“Storytelling has always been part of who we are, and single-player games will of course continue. This also isn’t about needing a game that monetizes in a certain way. Those are both important topics, but that’s not what this is. At the end of the day, this was a creative decision. Our job is to give people a deep enough experience and story, and it’s also to push the boundaries forward. We just didn’t think we were getting it quite right.”

When Amy Hennig of Uncharted fame came on board the team, there was initially much excitement and optimism, but soon enough the team was faced with more problems.  However, what is clear is that this wasn’t exactly a sudden move on EA’s part.

Over the course of development, Visceral Games faced various hurdles, such as having to developed their third-person game on the Frostbite engine which was never used to make a third-person game before. So after many such obstacles and even moments of optimism and having even delivered a stunning demo, Visceral Games finally met its end along with the ‘Ragtag’ project. Many former team members felt however that EA should have acted sooner since the project was doomed from the start. One person stated, “If anything, EA should’ve probably canceled this project earlier. I think Söderlund and them were too nice, gave us too many opportunities.”

EA Vancouver is now getting started on their own Star Wars game and hopefully, the employees from Visceral Games will be able to find suitable positions at other companies.