The Wolf of Saturn Six will offer daily and weekly challenges with a "Syndicate-like" system. 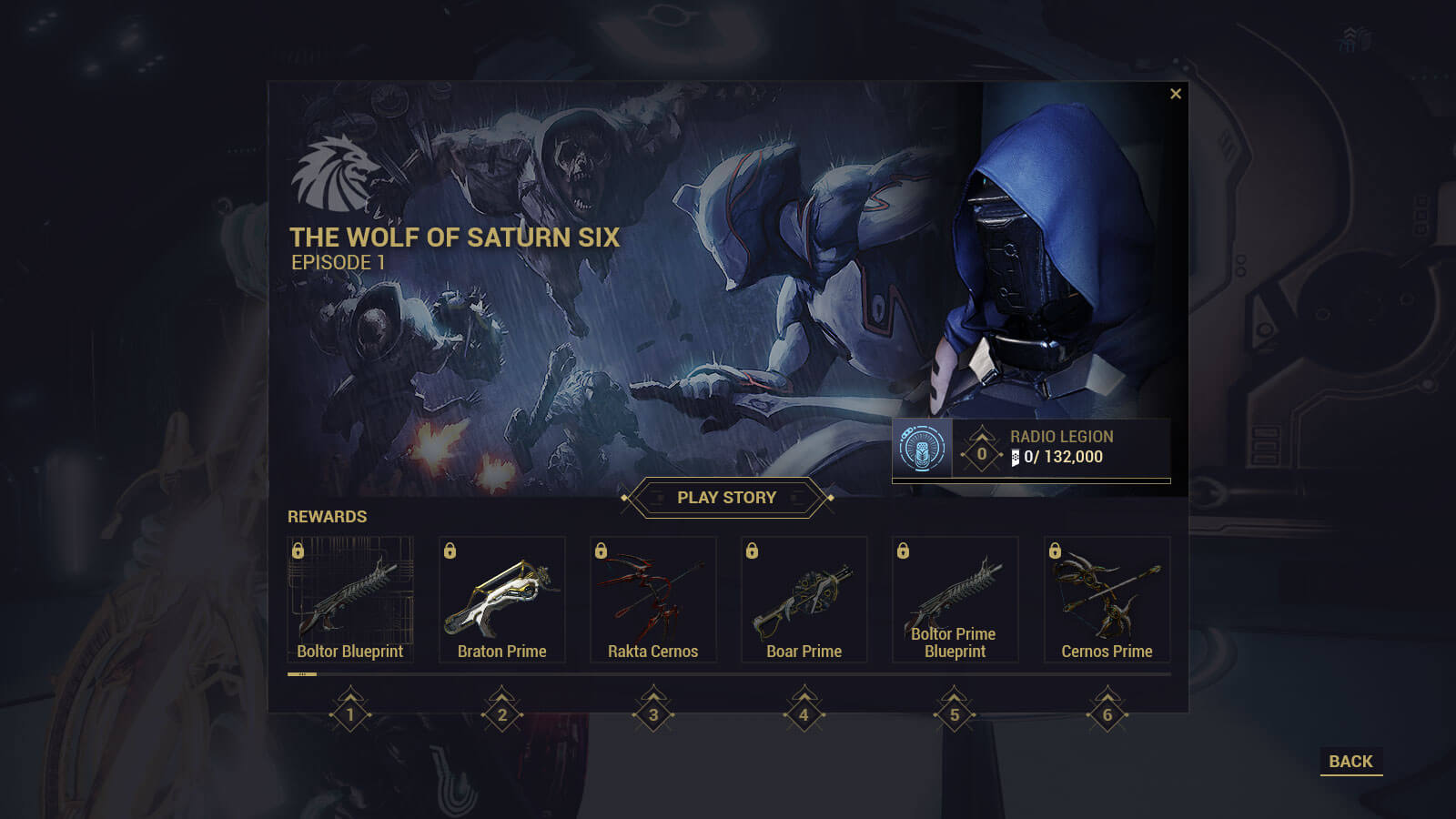 Digital Extremes continues to evolve its third person shooter looter Warframe with plans for a new end-game activity. Along with Railjack, which promises co-operative space combat, and The New War, a cinematic quest continuing the current storyline, the developer has The Wolf of Saturn Six in the works. As revealed in the recent Warframe: Devstream, it will take inspiration from the current Alert system.

There are a few key differences though. Daily and weekly challenges will be provided courtesy of a new character, and the activity can last for a number of weeks. Progression will take place via a system akin to the current Syndicates, which offers better rewards once you progress to different ranks. The above image currently showcases placeholder rewards – the idea is to have primarily cosmetic and more high-end power items that won’t affect Mastery Rank. Players can also expect a new in-game villain and difficulty for a tougher challenge.

Digital Extremes also unveiled two new Frames in its stream. Hildryn is a Frame that draws upon her own shields for abilities and sports an Archwing gun as her signature weapon. The second Frame is code-named “Wisp”, and there currently isn’t any more information to be shared. Watch the Devstream below for more interesting reveals (including the plan to rename Warframes to “Javelines” in 2019).