Wolfenstein: Youngblood Is Lighter In Tone Than Predecessors 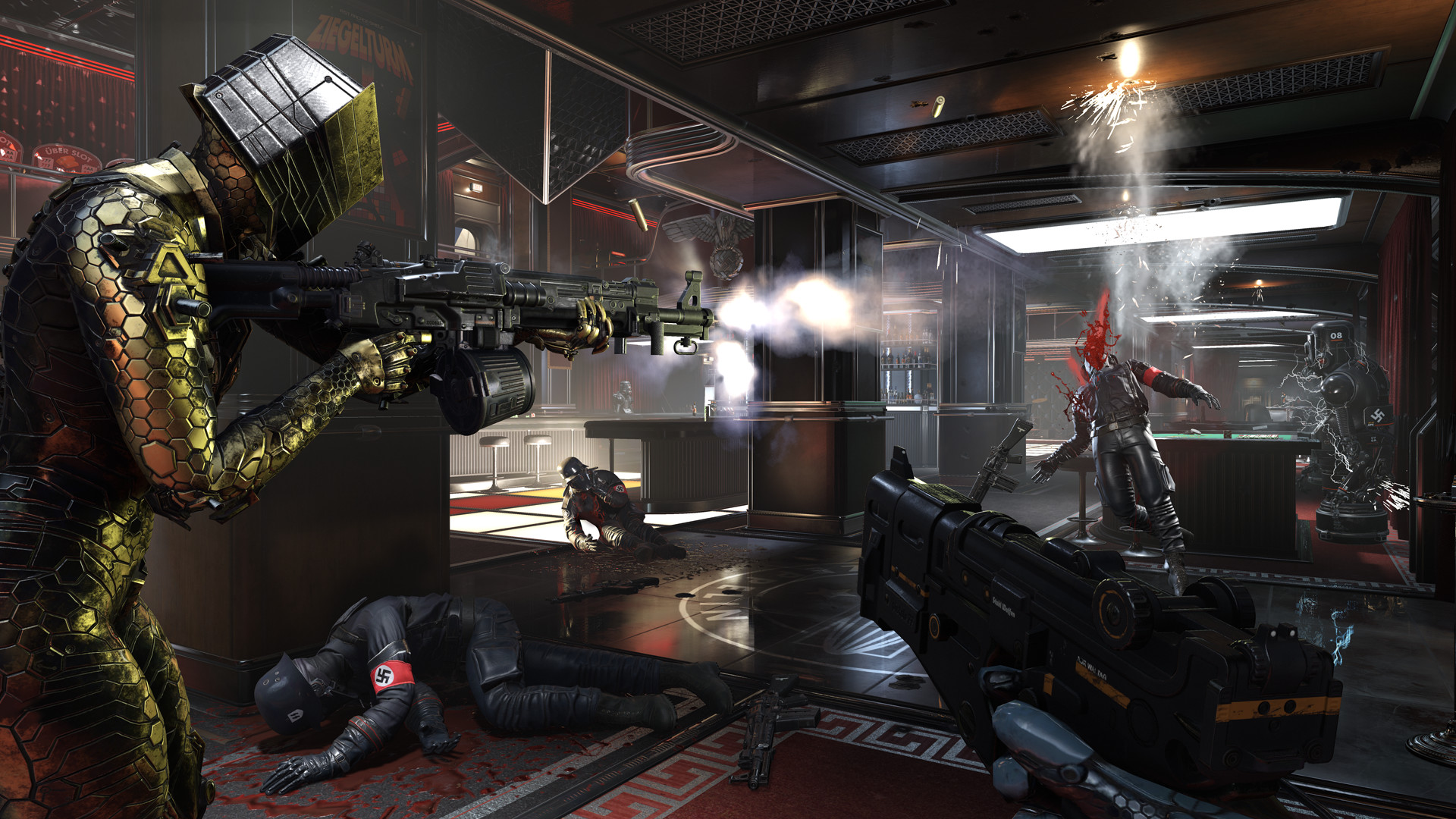 Wolfenstein as a series has always proudly displayed its sense of humour and affinity for the weirder side of fiction (especially since MachineGames took over), but The New Order and The New Colossus were both also games that had fairly dark undertones in their narratives, tackling not only the larger themes of war and everything that goes along with it, but also the personal struggles of William BJ Blazkowicz.

The upcoming sequel-slash-side-story Wolfenstein: Youngblood, however, looks like it’s going to have a much lighter tone. Speaking with GamesBeat, executive producer Jerk Gustafsson said that Youngblood is much lighter in tone than its predecessors, owing simply to its protagonists and the kind of past they’ve had prior to the game’s beginning.

Before he spoke about BJ’s twin daughters Jess and Soph, though, he talked about MachineGames’ storytelling approach at large, talking about how Wolfenstein games are political by their very nature. He mentioned that though that’s true, MachineGames’ approach to the series’ story and storytelling hasn’t really changed in response to any reactions to previous games, and that they have lore and future stories mapped out for the series that they are going to continue to follow.

“I don’t think we’ve changed how we set out to tell the story,” said Gustafsson. “We have our Wolfenstein timeline and lore that we’ve written down internally. We’re staying true to that. On some level it might have changed even though we don’t really think about it. It’s hard for me to say. There have been quite a lot of political discussions over the last two years, which is understandable given the situation in the world right now.”

He then went on to speak about the differences between Youngblood and The New Colossus, mentioning that while the latter was a game about liberating a nation from fascist oppression while also uncovering new details on the brutal and horrifying past of its protagonist, Youngblood’s dual protagonists have had a contrasting childhood where they’ve been loved by their family, and as such, the lighter tone of the game reflects that.

“But for Youngblood — the difference here is that when we set out to tell the story of New Colossus, where the Nazis have taken over America, that whole story was about freedom, about liberating America from the Nazis,” said Gustafsson. “It was about telling the story of how B.J. grew up. The difference with Youngblood is we wanted to do something lighter. While B.J. was growing up with an abusive father and all this trauma from his childhood, the two sisters grew up in a loving family.

Wolfenstein: Youngblood recently wrapped up development, and will be launching for the PS4, Xbox One, PC, and Nintendo Switch on July 26. On PC, it won’t support ray tracing at launch.