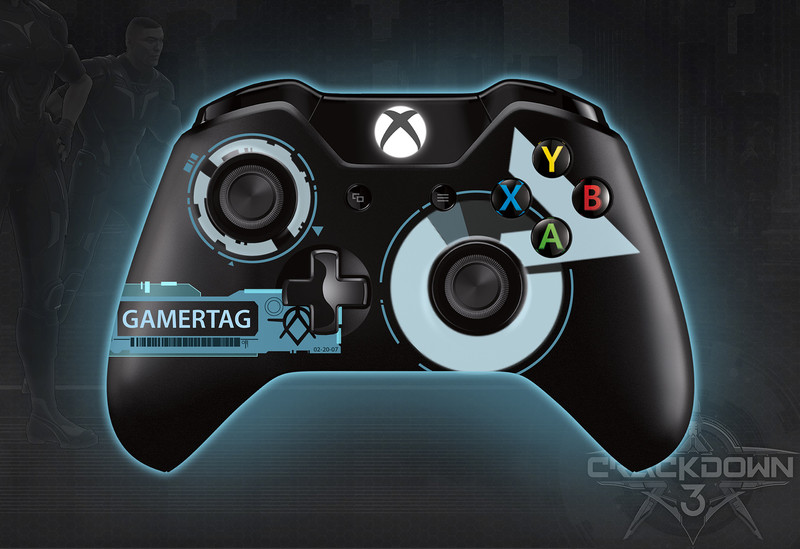 You know that really sexy and sleek looking Crackdown 3 themed Xbox One controller that Microsoft revealed a while back? The one that they claimed they’d make very few units of, and only ever distribute it in giveaways? Well, Microsoft have come right out and confirmed yet again that they won’t be selling the controller in stores- the special giveaways that Microsoft holds will be the only way to actually get your hands on it. Basically, only a “small, limited batch” of the controller will ever be produced, and each will be personalized with the winner’s Xbox Live gamertag.

“This collectible controller features a lot of the shapes and design inspiration from the Crackdown 3 Agency logo,” said Crackdown 3’s senior art director Dave Johnson. “We unveiled the redesigned version of the Crackdown logo at Gamescom this year – it builds out of the darkness at the end of our First Look trailer. The logo doubles as the badge of the Agency, and we worked to retain that iconic design while updating it to match the bold new direction we’re taking the franchise.”

That’s really a shame- I would have spent some good money to buy one of these myself. Oh well.

Tagged With: Cloudgine, Crackdown 3, Microsoft, Xbox One, Xbox One Controller